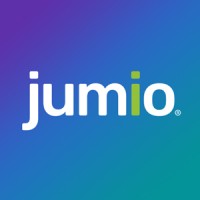 “Stuart joining our team as CTO signals a new era for Jumio as we continue to redefine the end-to-end identity space,” said Robert Prigge, CEO of Jumio. “Stuart’s extensive industry knowledge is a major asset as Jumio reaches its next stage of growth and continues to drive innovation in the identity space.”

Wells will lead Jumio’s IT, AI, machine learning, and engineering teams as CTO. He will also oversee Jumio’s Innovation Lab in San Diego and AI Lab in Montreal.

“Jumio’s vision of making the internet a safer place has resonated with me as it’s such a critical issue today that impacts everyone online,” said Wells. “Serving as CTO, I will lead Jumio’s engineering teams to continue to deliver on this promise by providing innovative fraud prevention solutions that keep up with the constantly evolving methods of fraud.”

Recently, IBS Intelligence reported that Jumio announced the completion of its acquisition of 4Stop, a leading data marketplace and orchestration hub for KYB, KYC, compliance, and fraud prevention. 4Stop’s hub integrates with multiple vendors giving access to more than 650 data sources across 195 countries. When combined with Jumio’s solutions, this technology will enable organizations to manage the entire customer identity lifecycle within a single, unified platform and allow for rapid configuration and integration through one easy and intuitive API layer.