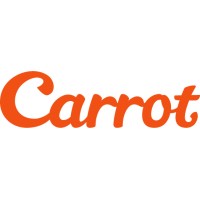 Carrot General Insurance Corp, South Korea’s first digital-only insurance provider, announced that the rights offering has been successfully closed with the gross proceeds of ￦100 billion (US $88.7 million). The amount of proceeds equals to the subscription of its rights the company issued for its founding capital back in 2019.

The digital non-life insurer has been a hot topic in insurance and investment circles since it established through a joint partnership between big name investors, namely Hanhwa, SK Telecom, Hyundai Motors, Altos Ventures and Stic Investments. As such, the latest round of offering seems to reaffirm stakeholders’ trust and confidence in its future growth potential and business strategies.

Witnessing a strong J-Curve growth, the InsurTech company claims it recently hit 200 thousand new subscribers to its pay-per-mile auto insurance cover in less than 2 years since launching the product. Carrot’s fresh concept of ‘paying only for the miles driven, at the end of the month’, seems to be well-taken by the market. In addition, the company has also announced to the public that it is undergoing development of pay-how-you-drive (UBI) model, which calculates premiums based on the risk factors associated with driver behaviours. Their UBI cover will be applied in further extension of its verticals, including covers for motorbike, e-hailing, rental cars, and fleets with goals to reduce the claims and accident rates while promoting safe and economic driving patterns, according to the spokesperson of Carrot.

Aside from Carrot’s proprietary driving data analytics and vehicular/IoT device application to its auto insurance, they are driving technology innovation further in other products as well.  On-demand protection covers for travellers, golfers and other sport and leisure activities, with features to turn On or Off based on the user’s needs and lifestyle patterns are some of the products that can be instantly purchased through their app or web platform. Carrot’s B2B2C partnerships with major e-commerce platforms enables embedded sales and widens distributions.

Participating in the latest capital increase are the Company’s existing shareholders and T-Map Mobility, the nation’s No. 1 navigation service provider, newly joining through 3rd party allotment for 5% stake of the voting power. Hanhwa Group, the largest shareholder of the company contributed ￦61.6 billion ($55MM) in this offering, which now gives Hanhwa 56.6% of voting interest of the company, up from 51.6% prior to the round, while SK Telecom holding 10%, Hyundai Motor Group 3.5%, Altos Ventures 9.9% and Stic Investments 15% of stakes.

“We are thrilled with the support from our shareholders and pleased to be able to allocate this additional capital. This current round of offering was preplanned from the establishment of the venture, but the contribution size has increased as our shareholders recognized Carrot’s innovation capability and future growth potential,” Carrot CEO Paul Jung said. “The offering positions Carrot to further strengthen the competitiveness, drive future growth and will accelerate the pace we bring the future of insurance to the market.” He continued, “I am proud to share that despite challenging local and global economic environment, there has been overwhelming response from our shareholders, and I would like to thank them for their continued trust and confidence in Carrot.”

Amplify receives investment by Munich Re Ventures, bringing its total funding to $25.1m