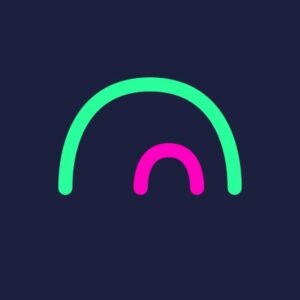 Ziglu is launching the second round of crowdfunding, aiming to raise £1 million through leading equity crowdfunding platform Seedrs, in conjunction with their Series A fundraise with venture capital firms. The fundraise will help drive the continued rapid expansion, offering account services and enabling customers to buy and sell a range of cryptocurrencies.

Ziglu’s previous crowdfund on the Seedrs platform in September 2020 had a target of £1 million but ended up raising more than £6 million and was oversubscribed within three hours. With more than 1,200 individual investors, it ranked as Seedrs’ most significant equity raise in 2020.

Ziglu, which was created by Mark Hipperson, one of the founders of Starling Bank, has seen exceptional growth this year, with its customer base quadrupling throughout 2021. Ziglu offers customers access to Bitcoin, Bitcoin Cash, Cardano, Chainlink, Dogecoin, Ether, Litecoin, Polkadot, Solano and Tezos. Ziglu is regulated by the Financial Conduct Authority, is fully authorised as an Electronic Money Institution, and is also one of the world’s first cryptocurrency platforms to comply with the Anti Money Laundering and Counter-Terrorist Financing standards set by the Financial Action Task Force (FATF), implemented in over 200 jurisdictions.

Mark Hipperson, Founder and CEO of Ziglu, said: “Our growth in 2021 has enabled us to build exciting plans for further expansion of the business. The cryptocurrency market is becoming increasingly mainstream, as demonstrated by the numbers of people who are trading and investing for the long term. We want individual investors to be able to benefit as well as institutional investors, which is why we remain committed to crowdfunding as part of the development of the business.”

Recently, IBS Intelligence reported that Ziglu, which offers people access to a range of cryptocurrencies such as Bitcoin and Ethereum, has launched a new advertising campaign in Edinburgh with the slogan ‘Scotland, Your Capital is at Risk’.

Yabx expands its Operations and Service Offerings in Africa