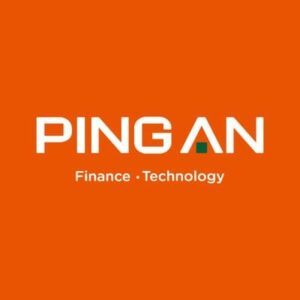 Ping An Insurance Company of China, announced the initial close of Ping An Voyager Partners, LP, a growth stage venture fund that will make investments in FinTech, healthtech and other similar businesses around the world. Targeted at institutional investors, Voyager Partners has secured approximately US$200 million in commitments toward its planned US$475 million offering.

Voyager Partners will be managed by Global Voyager Fund, a wholly-owned subsidiary of Ping An with a track record in venture investing in FinTech and digital health. In 2017, Ping An committed US$1 billion to support Global Voyager’s investment strategy. Global Voyager is an investment manager licensed by Hong Kong’s Securities and Futures Commission and today comprises 22 professionals.

Global Voyager has meaningful revenues and viable unit economics, and are on a clear path to widespread commercial traction. Typically, such businesses have been in existence for more than five years and are at a Series C funding stage or beyond. Voyager Partners aims to continue this strategy, investing between $15 million and $35 million per target.

Jonathan Larsen, Chief Innovation Officer for Ping An Group and Chairman and CEO of Global Voyager said, “There is no doubt that the digital revolution in finance and health is here to stay. Ping An is well placed to identify and bring value to promising new companies in these sectors. We have achieved considerable success investing in growth-stage fintechs and digital health companies and are confident we can bring this experience to bear at Voyager Partners.”

Businesses where Global Voyager has led recent funding rounds on behalf of Ping An include iCapital Network, a US based financial technology platform for alternative investing; Laiye Technologies, a China based AI and RPA platform; PlusDental, a German teledentistry business; and Snapsheet, a US based provider of cloud native insurance claims management software.

In addition to financial backing from Ping An, Voyager Partners’ first close includes, among others, two North American insurers and a top-tier insurer based in Europe.

Donald Lacey, Global Voyager’s Chief Investment Officer said, “Ping An believes that fintech and digital health are now at an extremely appealing inflection point, driven by mainstream user adoption and traditional financial institutions’ aggressive embrace of new technologies, such as AI and cloud native core operating platforms. One of the ideas behind Voyager Partners is to combine Ping An’s capabilities with resources from other leading financial institutions around the world, creating a vehicle that will be even better placed to add value to the businesses we invest in.”