Noname Security raises $135m in Series C at $1b valuation 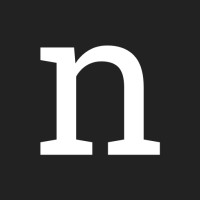 Noname Security, a leading API security company, announced it has secured $135 million in Series C funding at $1b valuation. The funding round was led by Georgian and Lightspeed, with meaningful participation from existing investors including Insight Partners, Cyberstarts, Next47, Forgepoint, and The Syndicate Group (TSG). This new investment will fund the global expansion of Noname Security’s go-to-market and R&D teams. Noname Security has raised $220m in total financing to date just one year out of stealth, making it one of the fastest growing cybersecurity companies ever and is the first API Security company to achieve unicorn status.

Noname Security’s surge in adoption can be attributed to its proactive approach to API security throughout the full software development lifecycle. Unlike most solutions in the market today that rely solely on traffic analysis to pinpoint active attacks, Noname Security analyses configuration, traffic and code to identify the broadest set of API vulnerabilities — including misconfigurations and design flaws.

A recent report from IBM Security X-Force stated that two-thirds of cloud breaches can be traced to misconfigured application programming interfaces (APIs) and recognised them as the most common gateway for compromise.

“Enterprises across all industries are experiencing widespread digitisation, accelerating the adoption of thousands of new APIs and the critical need to secure them for businesses on a global scale,” said Oz Golan, co-founder and CEO at Noname Security. “With the backing of Georgian, along with our existing investors, we will continue to expand our industry leading technology to help our customers mitigate the risk of deploying APIs.”

In the past year, the company has outpaced all other API security providers in API posture management, runtime security, and API testing. To date, Noname Security has discovered and remediated misconfigured APIs that would have led to the data leakage of billions of sensitive records, and the platform now actively blocks over 1,000 attacks per day across its customers.