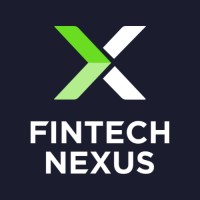 Following the earliest trickles of innovative startups, a roaring downpour of new ideas led to a tidal wave of change in the fin world. LendIt Fintech is now Fintech Nexus to connect traditional finance and the new roaring ’20s of financial tech.

According to LendIT Fintech News, Joy Schwartz, President of Fintech Nexus, said, “Our names finally encapsulate all that we do, and that Nexus means ‘coming together.’”

FinTech is what the industry uses to describe the field LendIt has covered and broadcasted for years.

From the Latin verb nectere, or “to bind,” Nexus is used here to connect, annexe, and incorporate the new world with the old as a “centre” for news, in-person content, networking, and education.

Traditional finance will become the same as FinTech before long, and the Nexus ecosystem will be there as a bridge.

According to LendIt Fintech News, Peter Renton, Chairman and Co-Founder of Fintech Nexus, agreed and said, “Fintech Nexus feels more in line with who we are today. While lending is still an important part of what we focus on, fintech is so much more than lending. We operate at the center of all of fintech, at the nexus of fintech.”

Nexus is the center of focus and connects a group; he said, “When you bring these meanings together and apply it to fintech, you get Fintech Nexus.”

According to LendIt Fintech News, Bo Brusktern, Co-Founder and CEO at Fintech Nexus, said the rate of change is taking off, “While banks and fintechs were struggling to save the economy through traditional ‘innovations’ during the pandemic, the new kid on the block — crypto — started to mature beyond the primitive developments we saw in the pre-2020 era.”

Brustkern said. “Those innovations are now preparing to unleash massive opportunities and threats for the traditional financial ecosystem. So yeah, ‘innovation in financial services’ ain’t what it used to be.”

The platform swivelled to digital in the past two years and grew its team, adding digital webinars and fireside chats during the pandemic shutdowns. According to LendIt Fintech News, Todd Anderson, Chief Content Officer, said he is looking forward to the competition in the new space: when the worlds collide, the end customer wins out.

“I think the biggest beneficiary of the worlds coming together is the end customer; we will end up with better, faster, cheaper, and more personalized products for consumers and small businesses alike,” he said. “Financial products have always been opaque and expensive; to win the customers, all the different players will have to do better on price, speed, and transparency.”