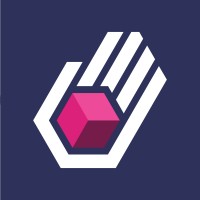 In addition, approximately 200 transactions were successfully retrieved. In other words, Kirobo’s Undo Button saved its users around $6 million worth of cryptocurrency that would otherwise have been lost forever.

“We are very proud, but not at all surprised, to witness such a rapid rate of adoption. The ecosystem was gasping for a way to make transactions safe and easy, and our Undo Button provides this in a foolproof manner,” said Asaf Naim, Kirobo CEO. “I’d also point out that of the $1 billion, $61 million was processed in only one day, demonstrating how scalable we are – this solution is going to change the way people interact with cryptocurrency worldwide.”

Due to the decentralized format of blockchain technology, cryptocurrency transactions have no central authority to back up funds sent to the wrong address through error or fraud. It’s estimated that almost four million bitcoins have been lost so far, an enormous amount of money given Bitcoin’s current market value. A solution to the losses caused by human error was deeply needed, and Kirobo’s Undo Button makes Bitcoin, Ethereum, and ERC-20 transactions retrievable.

As the name implies, the Undo Button allows a sender to cancel a transaction if something isn’t right, while guaranteeing the legitimacy of transactions with a multi-stage password. The Kirobo server does not hold user funds at any point in the process, and transactions are retrievable even if the Kirobo server goes down.

“The authentication mechanism is divided between the users, the smart contract, and the Kirobo server, making breaches impossible,” said Tal Asa, Kirobo CTO. “We’re giving people the best of both worlds – the freedom of decentralized currency with the safety net of a central server, but without any risk of a data breach.

Kirobo is the only firm to have received two grants from the Israeli Innovation Authority and has more product releases on its Q3 roadmap.

Stripe prepares to launch as a listing in the stock exchange

QNB establishes its footprint in Asia with Hong Kong entry