Frost announces the launch of its e-wallet platform 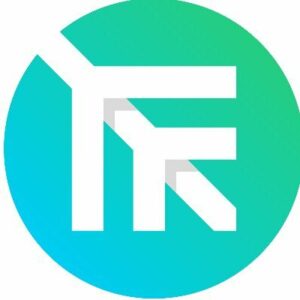 Frost has launched to the general public after initially opening its app to its first wave of users. More than 16,000 people signed up to receive early access to the new e-money offering, which aims to give users greater control over several typically time-consuming financial tasks. Now, everyone in the UK can download the app and sign up for Frost.

“When we asked our network which Frost feature they’re looking forward to most, 73% of respondents said spend management,” stated Frost Chief Executive Officer Pawel Oltuszyk. “They’re excited about finally being able to take control of their finances.”

A recent survey identifies the cost of living as the main concern for UK households, with 90% worried about rising prices. As the government advises people to get their finances in order, the need to save time and money is clear. Frost aims to serve this need directly with a spend management feature that notifies and educates users on managing their money more intelligently.

Whilst much of the country respond to soaring costs with the ‘Big Power Switch Off’, households need practical and effective tools which can help them tackle the issue without hindering their busy lifestyles. Frost’s Save Assist feature automatically compares a user’s current energy plan with the plans of market competitors. They’re then notified when cheaper deals become available, with detailed insights into each plan. Users that choose to switch can do so in seconds within the same app, saving the time commonly associated with price comparison sites.

Frost hopes to prove how the intelligent use of banking app automation can maximise its potential and help customers make smarter, more efficient decisions when considering their finances. As a principal member of Visa, Frost’s transactions are backed by a world leader in digital payments, putting the e-money account at the forefront of the FinTech market.

“Those on our waitlist have been extremely eager to start using the features they’ve heard so much about,” added Frost CMO Edyta Sliwinska. “Our first users were quick to switch providers, pay in their salaries, and set up direct debits with our algorithms getting to work on sorting their balance into manageable categories. We’re now looking forward to seeing the impact we can have on a wider scale as we release Frost to everyone.”