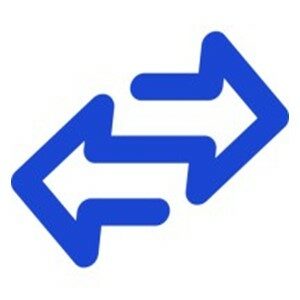 Ecospend, the UK’s leading Open Banking technology provider, is proud to announce that January 2022 was a record month for the number of payments transacted through its Open Banking ‘Pay-by-Bank’ payment solution. In January, Ecospend saw over £1.5 billion of payments transacted through its Pay-by-Bank service across its client portfolio. The payment solution was used by over 500,000 users, many of whom would have made their first open banking payment.

As well as holding a monthly record for total transaction volumes, January also saw a new daily record for transacted volumes, as over £200 million was initiated through Ecospend’s Pay-by-bank system on Monday 31st of January. The record transaction numbers were increased as taxpayers across the country selected Ecospend’s Pay-by-Bank solution to pay their Self-Assessment tax bill before the deadline on Monday the 31st.

The record number of payment volumes comes in the same month as Ecospend launches with significant new partners such as Toolstation and London Mutual Credit Union. Ecospend provides ‘pay by bank’ payments across several other high-profile businesses and organisations as well as several HMRC tax regimes, including self-assessment, PAYE, corporation tax and VAT.

HMRC was one of the first governments to offer customers the ability to pay via this method and truly integrate open banking technology. Since being commissioned, Ecospend has initiated more than £4 billion worth of open banking transactions through its’ pay by bank’ services across its client portfolio.

James Hickman, COO, Ecospend, said: “The numbers we have seen throughout January demonstrates the quality of our product we’re supplying to HMRC and other major organisations like Toolstation. HMRC’s Self-Assessment peak contributed to the record numbers of payments to go through our system, and the successful performance of Pay-by-Bank throughout January proves we have built a more affordable, smarter and easier payment method that is consistent and reliable under extreme demand. 2021 was a great year for Ecospend, establishing ourselves as front runners in the open banking market, but 2022 holds even more excitement. As January has already proved, this is going to be the year that open banking payments will emerge as a mainstream payment method, democratising the world of payments and empowering SMEs across the UK and Europe.”