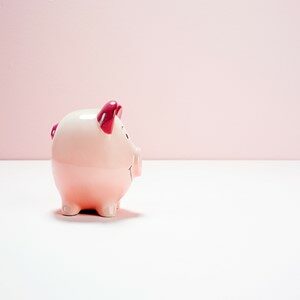 FinTech refers to software and other modern technologies used by businesses that provide automated and improved financial services. FinTech in our daily life is Mobile Payment apps, Cryptocurrency and Blockchain like Bitcoin and Gemini. In the future, the range of FinTech services is predicted to transform the market even more with A.I. and machine learning and will make FinTech products an integral part of our digitalized life.

FinTech refers to the synergy between finance and technology, which enhances business operations and delivers financial services. FinTech can take the form of software, a service, or a business that provides technologically advanced ways to make financial processes more efficient by disrupting traditional methods.

Studies have shown that the COVID-19 pandemic has adversely affected the FinTech ecosystem. The number of FinTech deals has taken a hit as investors choose mature companies over early-stage deals to put their money in.

The following are 5 prominent FinTech funding rounds of 2021 in Europe:

Trade Republic raised $900 million in a Series C round of funding that values the Berlin startup at $5.3 billion. The round was led by Sequoia, with new backers TCV and Thrive Capital and previous backers Accel, Founders Fund, Creandum and Project A also participating.

The company will use the funds from this round to help set up millions of Europeans for wealth creation with secure, easy, and free access to capital markets, thus opening up financial markets to help close the massive pension gap.

SumUp has raised €750 million in debt financing as it looks to accelerate its growth through acquisitions and expansion of its global reach and product suite. The investment facility comes from returning investors Goldman Sachs and Bain Capital Credit, alongside Temasek and Crestline. The round was oversubscribed, and Oaktree Capital Management manages funds.

SumUp plans on using the proceeds to acquire and support its existing merchants in 33 markets across the world and continue expanding the product suite, both organically and through further M&A activity, as well as refinancing existing debt facilities.

Mollie, a payment service provider in Europe, has announced the closing of US$800m (665 mn Euro) in a Series C funding round led by funds managed by Blackstone Growth (BXG), Blackstone’s growth equity investing business. The round values Mollie at US$6.5bn (5.4 bn Euro).

TCV, who led the Series B investment in September 2020. The investment brings the total amount raised by the company to over US$940m (780 mn Euro). The finance round also saw participation from EQT Growth, General Atlantic, HMI Capital and Alkeon Capital.

IBS Intelligence reported that Mollie, the payment service provider in Europe, announced opening a development hub in Lisbon, Portugal. The office will be home to over 100 employees by 2023 and is part of its plans to dramatically increase its product development velocity.

The company intends to use the funds to expand into the U.S. and Asia within the next two years while strengthening its presence in its existing markets in Germany, Austria, Switzerland, and Poland.

Smart Engines rolls out its AI-driven software via app Kaspi.kz