4 top programming languages for FinTechs in 2021 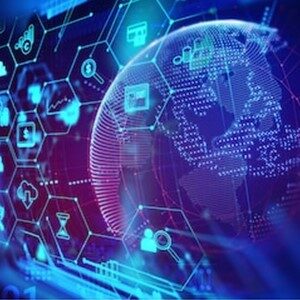 The banking sector world over is now embracing new technologies to provide their customers with enhanced services. Also, given the fact that the Covid 19 pandemic is still a threat, Banks have come to realise the importance of going digital. As a result, numerous banks and financial institutions have hired programmers and IT experts to develop new systems and improve existing ones.

Here are a few are programming languages that are ideal to create FinTech apps:

C++: This is the cross-platform and object-oriented programming language that came up in the 1980s. It is used to build high-performance apps and even with its old age a number of programmers prefer it. The language allows developers apply it to programs that require complex analysis and to reuse the code and clear structure to programs. Along with this, it is portably accessible which makes it easy to adapt to multiple platforms.

Haskell: Haskell is a very familiar language when it comes to the finance industry. It came up in the early 1990 and had an improved version known as Miranda. Haskell is comparatively easy to learn and use to handle blockchain, type safety, immutability, and manage distributed computation.

It is used widely for research purposes and programming for finance. Most programmers see it as a standardised language with little syntax and semantic rules. Expressions entered when programming is only evaluated when you want the results. Even with this lethargic evaluation, the software has several features that make it highly preferred in the financial industry.

Java: Java is used extensively in the financial services industry by many major institutions. It is used by numerous global banks for their electronic trading platforms, retail and corporate banking portals, wealth management offerings and other such front-end, customer facing applications.

Java is commonly considered as the golden child for investment software. Most programmers prefer using it due to its numerous features that help them achieve several goals. Even with the emergence of several other programming software, Java’s use has not diminished.

Python: Python has taken the world of finance by storm. It is a high-level, object-oriented, and interpreted programming language that allows developers to combine dynamic typing, build-in data structures, and dynamic bindings.

Python also lends itself quite well for mathematical applications like statistics thanks to its large array of libraries. One can easily solve quantitative problems for trade management, pricing, and risk management platforms. Most FinTech institutions use it in building maintenance scripts, algorithms, and data analysis. It can also be used in web-based programming services.