The FinCEN leaks this year understandably resulted in an immediate fall in the market and continue to have the industry scrambling as quietly as possible to improve their internal fraud detection to both ward off criticism and the possibility of more vigilant government oversight – and penalties.

The hot question, but the wrong one, is how seriously banks treat fraud. It’s foolish to pretend that criminals don’t use and abuse banks. The clear fact is that criminals try to launder money, and the banks try to detect these criminal efforts. Banks attempt to find patterns in suspicious activity. However, applying yesterday’s patterns to today’s crime is tough. The criminals, like counterfeiters or doping athletes, are always working to stay several steps ahead of the ability to catch them.

Bringing a knife to a gunfight

The financial criminal is incredibly innovative in findings ways to penetrate the system, to hide in plain sight. Money laundering for drug cartels, human traffickers, dictators, tax evaders and crony capitalists are far more sophisticated than the 1930’s persona of Bonnie and Clyde, robbing gas stations and small-town banks. Banks are brining knives and spears via legacy outdated systems to a gunfight of predictive modelling and machine learning.

The central point is – financial institutions fail in their efforts to fight fraud and money laundering if they go about it in a fundamentally archaic way – using manual methods and 20-year-old software. This sadly is too often the case today, as the FinCEN files revealed.

Investors, customers and regulators will be sceptical of bank officials’ statements touting more of the same, as they look to strengthen their reputations. More of the same means more automated systems spotlighting potentially risky transactions. But that only leads to false positives ever more inundating the same number of investigators at high volumes, making it harder to identify the real bad actors. More chaff, same wheat. A lot more hay, same number of needles.

Banks sending too many SARs is not the central issue. The volume of SAR’s is increasingly perceived as a mechanism for the banks to get regulatory cover. In fact, sending more reports may not mean more crime; the question is what crime is caught. Right or wrong, a future proliferation of FinCEN-like leaks will result in banks being blamed for excessive SARs. The real issue is finding truly criminal behaviour, so the regulators and police can act swiftly to catch the bad actors. Less hay, so you can find the needles.

I speak from past experience. As the former global head of trading analytics at a global bank, I can tell you that bankers know the problem on their hands. But it’s a question of where to direct energy and talent when challengers spring up everywhere.

As a current investor in the FinTech industry and board member of enterprise AI firm Symphony AyasdiAI, I’m putting my money literally on the potential of AI being able to digitally transform this dusty corner of banking, leading to a dramatic reduction in financial crime. Ultimately this benefits all of us.

Institutions can do this, given time, and I’m confident that they will – banks are savvier than recent headlines might lead you to believe.

Where is AI today?

Advanced AI software can indeed find the real financial criminals and correspondingly reduce false-positive SARs. Trials show false positives can be driven down 60 per cent. It is powerful to the point that banks can resist suspected money laundering far beyond what’s mandated by regulators. They can use AI proactively to raise their positive perception among investors and current and potential customers while avoiding reputational risk.

The question is, can banks both bring more digital access to customers and upgrade their data processes to stop fraud and money laundering? Do they have the agility and an efficient cost model to drive the change management for both simultaneously?

Change is hard. Major financial institutions resist fundamental, sweeping changes with good reason. Implementing new technologies can bring backlash. Large alterations such as introducing digital AI solutions to combat fraud and money laundering can be anathema to the old guard. Customers, as well, tend to cast a speculative eye toward promised fixes with a fear that operations could go spectacularly wrong. But the alternative is worse: the crime keeps going, and gets more sophisticated every year.

The alarm should be not of AI but of customers making hasty retreats due to the failure to activate new technologies. Institutions that do not embrace AI technology should rightfully fear colossal hacks and a slew of bad headlines followed by significantly damaged reputations and investors taking cover.

Yet not many will embrace this change, and as quickly as necessary. Those who cannot adapt will not survive. The criminals are virtually challenging the banks, “Catch me if you can?”. The market is watching like hawks to see who will win.

Ishan is a partner at operating company SymphonyAI. At Deutsche Bank, Ishan was the global head of analytics for the electronic trading platform. Prior to SymphonyAI, Ishan was COO of CoreOne Technologies. 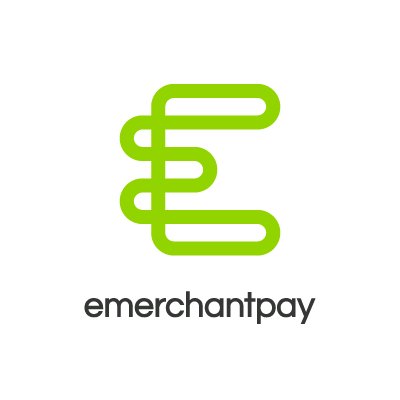 Trade surveillance and how to improve accuracy and detection rates

Why was the global supply chain not prepared for the microchip shortage?

The importance of Artificial Intelligence (AI) and Data Analytics in Banking