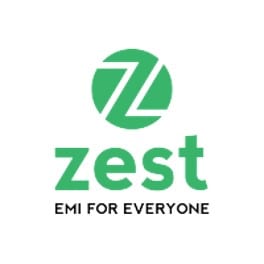 ZestMoney, a Buy Now, Pay Later platform announced that it has expanded its physical retail partnerships to include over 75,000 stores in the last 12 months. It already has a network of 10,000+ online partners, making it one of the largest omni-channel networks for digital Pay Later in India now.

ZestMoney is steadily growing its base of offline network via point-of-sale payments partners like Pine Labs and is targeting a reach of 400,000 offline stores by next year.

The digital Buy Now, Pay Later service is gaining popularity because it eliminates the need to have a finance agent at the store. Customers can do a quick digital KYC and choose a repayment plan of their choice. The process is paperless and low cost with technology removing all physical barriers of financing. The model also ensures that customers get the best value from brands. Customers can use the same account to pay later at both online and offline merchant partners, giving them convenience and flexibility to use ZestMoney across touchpoints.

ZestMoney uses Artificial Intelligence and Machine Learning at various stages of customer onboarding, including risk assessment, fraud detection, affordability assessment and KYC compliance. All of this has been built and developed in-house, giving it a distinctive advantage to power pay later without manual intervention.

It has observed that smartphones and electronic devices are the largest categories driving demand for Pay Later solutions across the country. Electric Vehicles, batteries, solar panels are some other niche but fast-growing categories. ZestMoney expects consumer durables and home appliances like ACs, Refrigerators, washing machines, water purifiers among others to further drive demand in the coming months.

The company says it is witnessing a robust demand for its BNPL offering at offline stores, especially in Tier II and III markets, with transactions back to what they were before the second wave of COVID in March 2021.

Commenting on the trend, Lizzie Chapman, CEO and Co-Founder ZestMoney said, “Offline network is emerging as one of the strongest drivers for growth in the company. Our strong partnership with POS platforms like Pine Labs, Ezetap and Mswipe helps us reach a wide number of customers across the country. With 75,000 stores now part of the Zest network, we are one of the largest BNPL players in the country. We have aggressive plans of expansion and are doubling down on partnerships with large format and single chain retail stores. Our partnership with Apple is receiving tremendous response especially in markets beyond metros with iPhones now affordable for a large number of people. By the end of this year we expect offline contributing to 20% of our GMV. This will play a crucial role in helping us reach $1 Bn in Gross Merchandise Value (GMV) by this year”

“Mobile, Aadhar and India stack has made it easier to onboard customers digitally. With technology being a big enabler, there is no reason why people must be subjected to the traditional way of documentation which is cumbersome and time consuming. We have seen merchants benefit with quicker conversion of a sale and an uptick in average ticket size. Some of them have seen conversion go up by 3X with digital BNPL made available. Consumers are lapping up the ease of digital BNPL, the finance agent driven model is no more relevant for a digitally savvy market like India,” added Chapman.

The company is witnessing a 50% month-on-month growth in the offline business and is expecting the demand to double during the upcoming festive season. ZestMoney has partnered with POS (Point of Sale) platforms like Pine Labs, Ezetap, Mswipe allowing customers to transact across the country. This also allows customers the perfect flexibility to plan purchases across categories and touchpoints.

ZestMoney’s Buy Now, Pay Later option is especially useful for people with limited or no credit history as it relies on multiple factors like mobile technology, digital banking, and artificial intelligence in underwriting. The company has 70% of their customers in Tier II and III markets, majority of whom are accessing formal credit for the first time in their lives. There are several zero-cost EMI offers that are available for customers to choose from.

Qred partnered with Enfuce to provide credit for small businesses