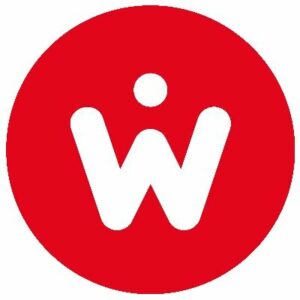 Wecan Group SA, the Swiss leader in Blockchain software used by the largest Swiss private banks, favours an expansion in France for its internationalization. Behind this choice: an investment from Michel Reybier, owner of La Réserve hotels, and a selection in the Swave program, an initiative of the French government to attract the most promising FinTechs in France.

100 billion is the amount of assets under management of independent asset managers using the Wecan Comply platform. The Swiss software, Wecan Group’s flagship product, enables the exchange of compliance information with the country’s largest private banks, such as Lombard Odier, Pictet Group, Edmond de Rothschild and Julius Bär. Spotted by Swave, the solution was selected from among several hundred other applications.

Vincent Pignon, Founder and CEO of Wecan Group SA, said: “We are proud to be among the 5 companies selected by the Swave to join their FinTech incubator program in 2022. We intend to replicate our banking compliance solution with their institutional players such as the Banque de France or Société Générale.”

This collaboration is accompanied by the opening of new offices in the Grande Arche de la Défense to attract French financial players with its solution that simplifies and secures compliance data exchange.

“France has become a leader in innovation in recent years. The French Startup Nation is a reality and attracts more and more companies like ours looking to establish themselves in a robust and disruptive ecosystem.” continues Vincent Pignon.

In parallel with this move into France, the group has finalized a CHF 3.5 million (EUR 3.4 million) fundraising round to expand its solution to new industries and markets. Among the investors is Michel Reybier, Founder of the Aoste Group and owner, among others, of La Réserve Hotels.

“The arrival of new shareholders, including Michel Reybier, a seasoned and visionary investor, will allow us to benefit from new expertise in order to diversify our products towards the hotel, medical, wine and real estate industries in France,” adds Vincent Pignon.

Nebeus announced a partnership with Modulr