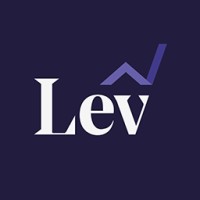 Potters joins Lev during a period of rapid growth, in which the company closed nearly $1 billion in loans in 2021 and grew ten times year-over-year. In his new role, Potters will launch a CMBS lending platform and assist Lev in its mission to digitize and streamline commercial real estate transactions, with a focus on digital and automated commercial real estate loan securitizations.

Prior to joining Lev, Potters launched and built the CMBS business as Managing Director and Head of Commercial Mortgages at Société Générale, a European leader in financial services for over 150 years. Over the course of his career, Potters has been involved with the origination and securitization of over $40 billion of loans. Potters has worked with both large and small real estate investors to obtain financing including Blackstone, Vornado and Simon Property Group. He previously led RBS’s Commercial Real Estate Group, and before that worked at Fortress, Merrill Lynch, and CSFB in various senior roles.

“It speaks volumes that someone like Wayne, who built the CMBS business at a $1.7 trillion-dollar bank, has gravitated to Lev and our mission to improve CRE. To say we’re excited is an understatement,” said Yaakov Zar, CEO and founder of Lev. “Wayne’s experience encompasses working with some of the most prolific banks and borrowers in the industry. With his background having launched various CMBS businesses and his knowledge of tech’s impact across banking, we’re poised to launch a lending experience and securitization product not currently offered by anyone else in the market.”

With Potters at the helm, Lev will accelerate change in an industry known for its stagnancy. Commercial borrowers are demanding fast, digital experiences that mirror those of consumer experiences. Through proprietary tech and deep human expertise, Lev continues to vertically integrate the borrower experience to give clients confidence, transparency, speed, and certainty of execution.

“Joining Lev was an easy decision,” said Potters. “I’ve launched several CMBS businesses at traditional banking institutions over the years, but the chance to completely overhaul the typical process in a way that benefits all sides of the marketplace couldn’t be passed up. Lev presents an opportunity to be nimble in an industry that can often be slow and cumbersome, and I’m thrilled to have the opportunity to work together.”