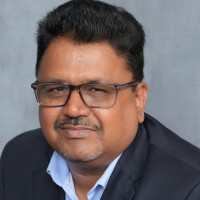 Upstox, one of India’s largest investment platforms, has appointed US-based Thippesha Dyamappa, former director of software development, international retail at Amazon, as its Chief Technology Officer (CTO). Meanwhile, the co-founder Shrini Viswanath, who was looking after the technology stack, will now take on a more strategic role in the organization.

Thippesha Dyamappa brings in a mix of technology capabilities and organisational acumen, 20+ years of software engineering experience in building best-in-class organizations in six countries (US, India, Jordan, China, UAE, and Brazil). The appointment of Dyamappa is the first step towards the next phase of Upstox’s expansion into global markets.

Commenting on the appointment, Shrini Viswanath, Co-founder, Upstox said, “As Upstox embarks on the next phase of growth, we are seeking out accomplished professionals in the tech arena who share our values and work ethics. Thippesha’s appointment is the beginning of a process of continuous reinvention at Upstox.”

Ravi Kumar, Co-founder, Upstox said, “Thippesha is an outstanding business leader, perfectly suited to lead Upstox’s journey ahead. He has built highly scalable units from scratch. He has led teams of diverse cultures operating from 9 locations across 6 countries and spearheaded the development of a localized end-to-end mobile app, browser, and desktop experience for Amazon’s operations. We are delighted to have him join our team and are tremendously excited to work with him to transform Upstox’s future.”

Thippesha Dyamappa, CTO, Upstox said, “I am truly honored to be part of Upstox. I look forward to working closely with the exceptional senior leadership team and group of the most talented people in the industry. I am also excited about building a world-class technology team, innovative culture, and transformational technology systems that will improve customer lives. I am confident that, together, we will capture the next wave of growth for Upstox.”

The brand Upstox is led by three first-generation entrepreneurs Ravi Kumar, Kavitha Subramanian and Shrini Viswanath as a mobile-first trading platform, to ride on the rapid digital adoption. The company now serves a total customer base of over 4.5 million, of which more than 80% are in the age group of 18–36 years, and around 70% are first-time investors.