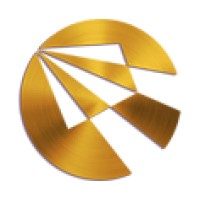 Tintra’s groundbreaking IP facilitates the verification and authentication of independent digital wallets, which in the context of Web3 allows for the rapid linking and operation of regulated and unregulated digital wallets across disparate platforms.

In practice, this will allow for greater friction lessness when transacting within Web3 and between Web3 and traditional banking systems; and, more generally, between developed and emerging world markets. Legacy banking and Web3 have viewed one another as an existential threat.

Tintra’s technology has been developed as part of an intensive three-month R&D phase, in which Tintra has been creating a global banking infrastructure to remove the bias in traditional finance via machine learning and built upon Web3 tech principles.

Richard Shearer, CEO and Founder of Tintra, comments: “Through Tintra’s groundbreaking, proprietary technology and IP, along with bank licences across four jurisdictions, we are endeavouring to change the way that developed and emerging economies transact with each other. This patent application marks not only the first revealed output from our latest R&D phase, but another piece of the broader puzzle, as Tintra weaves together multiple financial infrastructures, next-generation technologies, and cultures, in order to solve problems that, until now, have only been talked about.”

XPAY partners with Finastra to support expansion of services