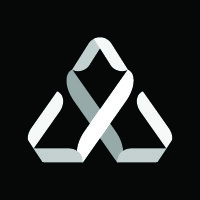 Tassat Group Inc. unveiled the nation’s first real-time Digital Interbank Network and the technology infrastructure behind it with a live demonstration attended by more than 100 banks from around the country.

The event was held at the Times Center in New York; the event was the inaugural public unveiling and demonstration of an instantaneous real-time transfer of Digital Dollars between two banks using blockchain technology. The Digital Interbank Network, slated to go live in 2022, will be owned and governed by the member banks, enabling member banks to execute secure, instantaneous real-time payments and other banking services 24 hours a day and 365 days a year.

New York-based Tassat, the sponsor of The Network, also announced it contributes all of the intellectual property and protocols required to operate The Network. As designed, The Network will enable a member bank’s B2B clients to make and receive real-time payments between clients of member banks 24/7/365.

The Network will enable banks of all sizes to compete in a $25 trillion B2B market that still conducts more than 65% of all payments using paper checks, but that is rapidly becoming digitized. The Network also is designed to support decentralized finance, smart contracts, T+0 settlement and foreign exchange transactions.

“The Network bridges the gap between traditional banks and the power of blockchain technology,” said Greene. “It will enable banks of all sizes to become fintech powerhouses well-equipped to serve their clients in today’s fast-paced, ever-changing digital marketplace.”

Tassat CEO Ron Totaro added, “The features and functionality of the Digital Interbank Network are based upon input received over the last three years from banks from around the country and from current clients of TassatPay™, our flagship intra-bank payments platform that currently uses blockchain technology to facilitate secure, instantaneous real-time payments 24/7/365 within a bank.”

Since its inception, TassatPay has executed over $250 billion in real-time B2B payments 24/7/365 and has seen its monthly volumes grow by over 300% in the last 12 months.

“From a regulatory standpoint, The Network will be owned and governed by member banks and operate entirely within their existing regulatory requirements,” said Totaro.

“Since we launched Tassat three years ago, we have been achieving our project milestones, and today we were very pleased to unveil the core features of The Network and demonstrate its functionality,” said Kevin Lupowitz, Tassat’s Chief Information Officer.

Lupowitz previously led the development of CLEAR, FXall and Liquidnet. “I have been very fortunate to lead the creation of several innovative technologies, but this is the most transformative technology solution I have ever seen or developed. It’s simple, effective and powerful, enabling banks to compete and win in an increasingly digital economy. Most important, the technology addresses a major need in U.S. financial services.”

“The Network does not require the issuance of stablecoins, nor is it an attempt to monetize a cache of stablecoins. It is effectively designed by and for banks,” Greene added. “We believe The Network will be a catalyst for modernizing the U.S. banking system which, in turn, will drive efficiency and innovation for the millions of businesses U.S. banks serve.”

“TassatPay™ operates in individual private blockchains at each bank while The Network utilizes a blockchain permissioned by member banks, both of which are safer and more secure than public blockchains or stablecoins, even ones issued by banks,” Lupowitz observed.

At the event, Western Alliance Bank and Coastal Community Bank demonstrated how the Digital Interbank Network works to the more than 100 banks in attendance through a secure, instantaneous transfer of funds between their institutions.

“The Network extends the blockchain technology powering TassatPay™,” said Totaro. “By extending the kinds of capabilities provided by TassatPay™ to many banks, The Network will forever change banking by enabling institutions to facilitate real-time payments by their B2B clients, positioning them for the future of commercial banking.”

While TassatPay enables secure real-time payments and banking services around the clock within banks, the Digital Interbank Network will extend the same payment and service capabilities across banks.