Tally has been launched to counter economic instability in the UK 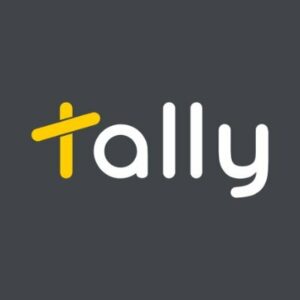 Tally has been developed in response to a financial climate under significant threat from economic instability and inflation. Banks are paying near-zero interest to savers using traditional savings accounts.

Tally, an alternative to mainstream currency, ties physical gold, not sterling, to a bank account. Each unit of Tally is a weight of gold (1 tally = 1 milligram) used via the banking app and debit Mastercard to deposit, transfer, save, send and spend.

As the pound and other government-issued currencies lose value, Tally maintains its purchasing power over time, increasing in value relative to pounds. 1 tally equals just over 4 pence at the current gold price.

The financial climate in the UK is highly uncertain at the moment. The Bank of England‘s chief economist made a stark warning about inflation, saying levels could be nearer 4% than 3%’ by the end of the year.

The allocated physical gold used is ethically sourced LBMA-approved physical gold, held in an accredited secure vault at Brinks in Switzerland, and is 100% insured.

Cameron Parry, Co-Founder and CEO of Tally, said: “People should be able to rely on the money in their bank account to hold its value over time and remain in their control. This is fundamental to individual financial wellbeing and promotes saving and productivity in society. To do that, we needed to build an independent asset-based full-reserve banking system that works complementary to the system we’ve all been stuck with for the last 50 years.”

It is safe, reliable, and accounts are issued under a regulated E-Money Institution. The team behind financial technology is highly regarded and uniquely experienced in the banking sector.