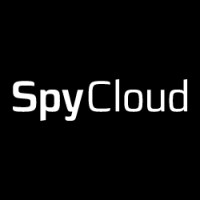 To maximize profits while minimizing risk, organizations must work smarter, detecting fraud signals early to flag dangerous transactions and avoid adding friction for legitimate users.​ SpyCloud enhances the power of existing identity verification and fraud prevention solutions to illuminate which customers are at the highest risk of fraud involving stolen data, such as account takeover and identity fraud.

“Online fraud is not just becoming more prevalent; it’s becoming harder to detect,” said Trace Fooshee, a Strategic Advisor in Aite-Novarica’s Fraud & AML practice. “SpyCloud’s solution provides a robust assessment of identity risk derived from a wide variety of sophisticated attack patterns of account takeover and synthetic identity fraud. It is also notable in its capacity to incorporate their proprietary data sources of exposed credentials and identities into their risk models. This enables their customers to have a more complete and reliable perspective on the risk of a given identity and that gets them one step closer to a true 360-degree view of identity risk.”

SpyCloud’s database of over 145 billion assets represents data available to criminals for identity fraud attacks. While most individuals have had personal information exposed on the criminal underground, not all users are equally at risk, with exposures varying substantially by the types of data exposed, the recency, and the method of compromise.

“During the development of this product, we found that traditional types of identity verification left businesses lacking visibility into the key risk indicators found within breached information that enable criminals to evade detection and perpetrate account takeovers, identity theft and new account fraud, or construct synthetic identities,” said Pattie Dillon, Product Manager of Anti-Fraud Solutions at SpyCloud. “We designed this solution to create an anti-fraud category of its own, offering an underground data risk score to complement an organization’s existing solutions to protect against aggressive modern fraud tactics. The ultimate goals are to save time, increase revenue, and preserve profitability by weeding out bad actors and reducing friction for legitimate consumers.”

Without a complete view of customers’ risk, inaccurate decisions can lead to lost revenue from fraudulent transactions, false positives, negative customer experiences, and unnecessary time wasted on manual reviews. While e-commerce fraud losses were projected to reach a staggering $6.4 billion in 2021, that figure pales compared to the $443 billion in projected losses from false declines during the same period. Meanwhile, losses from identity fraud spiked by 42% between 2019 and 2020 and are expected to increase to $635 billion by 2023.