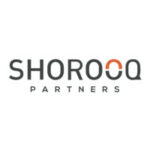 Shorooq Partners, an early-stage venture capital firm investing in innovative start-ups across the MENAP region, has officially launched the second edition of its seed stage-focused fund, Bedaya Fund II, targeting a fund size of $150 million. Bedaya Fund II is a continuation of the same strategy Shorooq Partners has been executing since its inception. This is aligned with the firm’s fundamental principle of acting as founders’ partners, company builders and value investors.

As was the case for the predecessor fund, Bedaya Fund II will primarily focus on the pre-seed, seed, pre-series A, and series A stage start-ups in FinTech, software, platform verticals, and digital assets. Shorooq Partners has recently been making strides as the first mover in the MENAP region through its Web 3.0 thesis. Shorooq Partners recently led the pre-seed round of Nuqtah, the first NFT born out of Saudi Arabia, and will continue to concentrate on the burgeoning Middle East, North Africa and Pakistan region, where most of its companies have headquartered their respective operations.

“We have always been early movers, be that robo-advisory, crowdfunding, SME lending, open banking, card issuer processing, and so forth. We believe Web 3.0 models like DeFi, NFT, Metaverse are going to be the key players in the next iteration of online business,” said Shane Shin, a founding partner at Shorooq Partners.

“Shorooq Partners has been preparing for this new wave of technology disruption, and we are well-positioned to back the upcoming category leaders of Web 3.0 in our region.”

With the Bedaya Fund II had already started deploying, announcements of the first investments are soon to be made public. The fund currently boasts an exceptionally strong list of investors from the world’s top-tier sovereign wealth funds, corporates, institutions, and family offices. The newest investor groups include DisruptAD – ADQ’s venture platform, Dubai Future District Fund, Bupa Insurance, among others.

“Merely a few years ago, Shane and I started Shorooq Partners from humble beginnings, bootstrapping our first investments with only our close friends and families committing to it,” said Mahmoud Adi, a founding partner at Shorooq Partners.

“Now with six offices across our core markets and a large team, we are humbled and privileged to be a market maker in the region’s accelerating startup ecosystem. We are proud to take on this mission to support founders who deserve only the best kinds of investors that can provide them with inflection points.”

Credilio raises USD 4 Million in Pre-Series A funding round