SEON announced the appointment of a new Vice President of Engineering 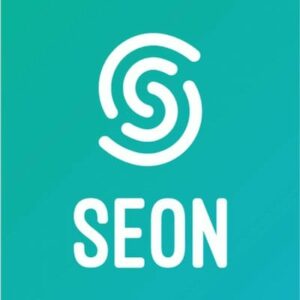 SEON, the fraud fighters, has responded to a year of seeing both digital crime and interest in their products skyrocket by hiring Otto Toth as Vice President of Engineering. The former CTO of digital news outlet The Huffington Post and SVP and Chief Mobile Innovation Officer at AOL.

This key strategic appointment means SEON has passed the 100 employee milestone in a period of rapid growth for the fraud fighters since it secured €10 million (USD 12 million) Series A investment earlier this year and opened new regional offices in Austin, USA and Jakarta, Indonesia.

Over a 25-year tech career, Otto developed the first iPhone and iPad app for the New York Times, built AOL’s Content HUB prototype, and served as a board member of Verizon Media’s Patch.com and StudioNow programmes. He served as Chief Technology Officer of The Huffington Post during a major international expansion, building a scalable content management system and a data migration for a huge amount of content.

SEON helps online businesses of all sizes fight back against fraud. It was built out of necessity and aims to remove the barriers to fraud prevention that many companies face, with rapid integration times, rolling monthly contracts and a one-size-fits-all platform that is easy to operate and is accessible 24/7.

Otto Toth, VP of Engineering at SEON, said: “I wanted to utilise my expertise at a young, fast-growing company with an excellent product and vision for the future, providing opportunities for the talented Hungarian engineers working on world-class projects with the latest technologies without the need to leave the country.”

Tamas Kadar, Co-Founder and CEO at SEON, said: “SEON has been a huge success and is attracting the very best talent internationally. As former CTO of Huffington Post, Otto is a testament to this, and we’re proud to have him along on the ride to our further success.”

3 promising FinTech start-ups to watch out for in Nigeria