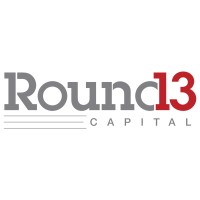 Round13, a leading Canadian venture capital firm with approximately $700 million in assets under management, has launched a dedicated fund to invest in the emerging blockchain and digital asset market. The new crypto native fund has raised $70 million of an initial target of $100 million. The lead investor is a major Canadian pension fund, with additional participation from institutions, high-net-worth individuals, family offices, and members of the Round13 team. The fund is also partnered with Satstreet, one of Canada’s fastest-growing digital investment firms with a deep network of relationships in the crypto universe.

The fund seeks projects with highly technical teams solving problems around scalability and interoperability and those building top tier applications on these new rails – themes that will play a fundamental role in building the infrastructure for the successful deployment and mass adoption of Web3 projects. The fund has invested in several projects to date alongside other top tier global investors in the space. Investments have been made in UK-based Improbable Worlds, US-based Trust Machines and Ibex, and Canadian-based Chainsafe and Red Jar Digital Infrastructure (RJDI).

The new Round13 fund is operated by two veterans in the blockchain and digital asset market, with each bringing a unique set of skills and operational abilities to the fund. Managing Partner Satraj Bambra is a software engineer who has built and sold two companies and was an early developer in the space. He was most recently co-founder and CEO of BlockEQ, a mobile-native wallet and decentralized exchange built on Stellar’s blockchain. Managing Partner Khaled Verjee is a lawyer and investment banker by trade and has been an early investor and advisor to several Blockchain startups since 2015.

“I’ve been immersed in this space for several years but have not seen as much interest in the emerging blockchain and digital asset market as we are seeing today,” said Managing Partner Satraj Bambra. “We are seeing a particularly encouraging and rapidly growing trend of new teams joining and building blockchain applications and protocols. This has historically been the strongest signal of adoption and growth. I truly believe we are just getting started and the best is yet to come.”

“It’s very encouraging that a pension fund and traditionally conservative family offices are actively investing in our fund and looking to capitalize on the tremendous opportunities in the market,” said Managing Partner Khaled Verjee. “And while this fund will invest globally, we are uniquely positioned in Canada to invest in and support the robust and growing number of developers building in the space.”

The new Round13 fund is a member of the Web3 Council of Canada and anticipates playing an essential role in developing a robust regulatory framework.

Skaleet and Mobiblanc announce partnership to serve banks across Africa