Plum appoints Mukul Kanchan as its Head of Finance 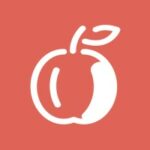 Plum, an employee health insurance platform, has appointed Mukul Kanchan as its Head of Finance.

Mukul has assumed charge from June 2022 and will be working closely with the founders to solve complexities as the business scales up at a faster clip. Mukul will support scaling the business with sustainability, building financial prudence and robustness, acquisition initiatives, and fundraising. He will also strengthen risk management practices and compliances at Plum.

Mukul is an investment banker and a private equity investment professional. He comes with over 16 years of experience in leading Finance, M&A and Business Development functions in prominent start-ups and global corporations such as Clix Capital, D. E. Shaw & Co, E&Y and Aten Capital among others. In his earlier role as CFO at Clix, Mukul drove the acquisition of GE Capital India entities in 2016 which was later renamed as Clix, simplified the legal entity structure of the group, drove M&As and partnerships, and led the overall Finance function.

On his new role as Head of Finance at Plum, Mukul Kanchan said, “Plum is aptly placed to disrupt the corporate health insurance space with its superior digital platforms, high-quality customer experience, and a plug-and-play product that is simple enough for organisations to use. In a world of high-growth tech start-ups, a finance leader must become a strategic partner to their CEOs. From staying conservative to displaying aggression, from valuing cost-cutting to chasing opportunity cost, from controller to being an enabler, and from playing by the book to writing a new playbook, the new age finance leaders must act as a catalyst for growth and aspire to change the game.”

Abhishek Poddar, Co-founder and CEO, Plum said, “Mukul is a highly adept finance leader and will be an invaluable asset to Plum’s leadership team. Having worked at some of the most robust financial services organisations, not only does he bring the expertise needed to run our finance function, he also has a critical understanding of what it takes to drive growth and operational excellence. Having worked with Mukul for some time now, I have experienced his superior intellect and leadership abilities and am excited to work closely with him as we execute the next phase of Plum’s journey.”

Technisys integrates its platform with Microsoft Cloud for financial services