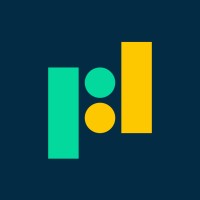 PlayDough Technologies, the blockchain gaming platform, has recently announced a $2 million funding round led by proprietary trading and venture capital firm Westridge Markets. The investment comes off the back of an exceptional period of growth that has seen the start-up build a community with members spread out in over 30 countries. PlayDough’s mission is to build the conduit that democratises access and enables anyone to participate in the play-to-earn gaming economy.

Traditional gaming business models have evolved from pay-to-play with revenue coming from players purchasing games to free-to-play with in-game purchases generating revenue. Blockchain technology has taken this to the next level creating a play-to-earn revenue model. Gaming companies now essentially create a metaverse but all the in-game items like characters and accessories are represented by NFTs (Non-Fungible Tokens) on a blockchain. The users mint, purchase and sell these items with the game creator generating revenue through a small commission. These NFTs are then used to play the game and earn rewards. The rewards are in-game crypto tokens which can be moved to exchanges and sold for BTC, ETH or USD. The tokens derive their value from their usage in the gameplay.

The NFTs required to play these games can cost anywhere from a few hundred to a couple of thousand dollars. This leaves the vast majority of players, particularly from developing countries, unable to access these play-to-earn economies. This is where a gaming community like PlayDough steps in. It is simultaneously an investment firm creating a portfolio of gaming NFTs and a remote gig economy network allowing users to use its collection to generate yield for themselves and PlayDough.

Mehul Khati, Co-Founder of PlayDough Technologies commented: “PlayDough has been a journey of blitz scaling since inception. It has only been a few months and we already have active community members in over 30 countries. Gaming seems to be achieving the borderless ideals of crypto at full speed. We have started with the most advanced play-to-earn game, Axie Infinity. While building a community around PlayDough has been satisfying, the ability to look at play-to-earn as a yield generation strategy has also been a motivator for the trader in me. We have built valuation models, breeding strategies and training programs for our community to be able to generate the highest yield possible. While Axie being the most advanced game in the play-to-earn space remains the focus for PlayDough, it has already started building inventory in emerging games from Sorare to Gods Unchained. Star Atlas on Solana and Moonray on Stacks are showing early signs of a cross chain universe that PlayDough is planning to build on.”

PlayDough was co-founded by Mehul Khati earlier this year along with the team at Westridge Markets. Mehul, an engineering graduate from Imperial College London, spent a decade trading commodity derivative while experimenting with crypto as a hobbyist. He finally got involved with crypto full time five years ago including the last year when he established the de-fi trading desk at Celsius Network. Being an early adopter of protocols through staking and de-fi made him explore the frontiers of innovation in crypto. As the NFT space gained momentum this year he began collecting everything from art and land in metaverses to gaming assets. His financial training naturally pushed him in the direction of yield generating assets and when play-to-earn arrived he knew it was his calling.

On leading the investment round, Shamyl Malik, Managing Director at Westridge Markets commented: “Connecting gaming, collectibles, metaverses and de-fi, we think that PlayDough is building at the intersection of four of the strongest trends in blockchain space. With such a tailwind for the start-up and a founder we have known to be curious, persistent and innovative over many years of association with him, we are super excited about our investment and the future of PlayDough. We will continue to support the start-up through our network and ideas.”

Elliptic has raised $60m in the Series C funding round