Pazcare announced that it had raised $8.2m led by Jafco Asia 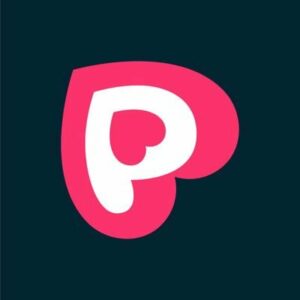 Pazcare announced that it had raised $8.2 million, led by Jafco Asia. The round also saw participation from existing investors 3One4 Capital and BEENEXT. Within a year, Pazcare has seen a quarter-on-quarter growth of 100%. Pazcare currently serves more than 130,000+ members on the platform. The fresh round of funds will be used to strengthen further and expand the product line and the growth of the business. Post this round, the 12-month-old company stands at a valuation of Rs 370 crore or $48 million.

The company last raised its seed round of $ 3.5 million last year in October 2021 in a co-led round by BEENEXT, 3One4 Capital and several angel investors such as Haresh Chawla (True North), Ashish Hemrajani (Bookmyshow), Kunal Shah (Cred), Deepak Diwakar (Mindtickle) and others. Within a year, the growth of the company has increased multifold. The company’s total funding now stands at around $12 million post the Series A round.

Sanchit Malik, CEO and Co-Founder of Pazcare, said: “India as an economy is going through one of the most exciting times. Insurance as a market is going to see leapfrog growth in the current decade. We believe health & life insurance penetration will be employer-driven, and we want to play an important role in providing world-class benefits to Indian employees.”

Pazcare has insured employees from over 500 companies. Some of the companies that have insured with Pazcare include companies like Mindtickle, Mamaearth, Levi’s, Cash Karo, Open Financial, among others. The company intends to onboard around 2000+ companies over the next few quarters. Over the coming years, Pazcare aims to widen its offerings beyond healthcare and be a one-stop-shop for all employee benefits.

“B2B insurance is a large white space in Asia. Pazcare is well equipped to disrupt this space, and the company’s number speaks for itself. Sanchit, in particular, is a very trusted and visionary CEO and seasoned founder. Pazcare can transform B2B insurance space in a very formidable way,” said Supriya Singh, Head of South Asia Investments, Jafco Asia.

Anurag Ramadasan, Partner 3One4 Capital, said: “Sanchit and Manish have shown an incredible vision in terms of how they expect the employee benefits space to scale up and built an amazing position for themselves within it. We are incredibly impressed by their growth so far and feel absolutely privileged to double down on their journey.”

Transact and GradGuard partner to provide financial insurance to students