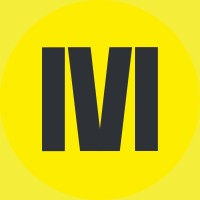 MFS Africa, Africa’s largest digital payments network, recently announced that it has joined the Pan-African Payment and Settlement System (PAPSS) network, the newly established African cross-border and financial markets infrastructure facilitating the payment, clearance, and settlement for intra-African trade payments. MFS Africa will extend the reach of the PAPSS network to over 320 million mobile money and last-mile users across 35 African markets, enabling borderless and seamless possibilities for transactions and trade.

The partnership will empower the millions of semi-formal small and micro-African businesses who are too often left behind. This collaboration marks a new phase in driving the transformational potential of the African Continental Free Trade Area (AfCFTA).

Founder and CEO of MFS Africa, Dare Okoudjou, said: “At MFS Africa we have always believed that Africans are not limited by borders and that their money should not be either. The interchangeability of African currencies is still very limited after decades of independence, meaning that intra-Africa trade too often relies on hard currencies, hampering the growth of intra-African trade and our continent’s economies. By making cross-border payments affordable and easier, PAPSS gives Small and Medium-sized Enterprises (SMEs), entrepreneurs and traders easier access to the formal payments services that will help them grow their businesses. Direct currency tradability and interchangeability removes many of the barriers to intra-African trade and investments, facilitates the natural directions of trade flows amongst African countries and regions, and makes borders matter less.”

CEO of PAPSS, Mike Ogbalu III, said: “Africa is the global leader in mobile money services. A recent study found that 64% of the daily global transactions through mobile money platforms in 2020 happened in sub-Saharan Africa. This demonstrates how mobile money services play a key role in the economic growth of the continent and facilitates financial inclusion. To that end, partnering with MFS Africa will open the way to millions more cross-border mobile money transactions and mark a new phase in driving the benefits of the African Continental Free Trade Area.” Ogbalu continued, “The Pan-African Payment and Settlement System will be the enabling infrastructure to spur the growth of intra-African trade and commerce, with the active participation of central banks, financial institutions, regional economic communities, the private sector and other stakeholders.”

According to Afreximbank, over 80% of African cross-border transactions originating from the continent’s banks are currently cleared and settled offshore, creating inefficiencies and increasing the cost of African cross-border payments. PAPSS, an initiative spearheaded by Afreximbank and supported by the African Union, is a centralised payment and settlement infrastructure that aims to increase intra-African trade and commerce by simplifying and reducing the cost of clearing and settling between African countries. PAPSS enables both payment and settlement to be made in the respective local currencies of the buyer and seller. It will also result in a reduction in the cost, administration and time taken to make cross-border payments, resulting in an estimated US$5 billion saving in transaction costs every year for Africa.

MFS Africa’s network provides mobile money interoperability at scale in Africa. Mobile money and last-mile users – who are often underbanked semi-formal small and micro businesses trading across borders – stand to gain the most from this partnership. Digital cross-border trade using local currencies will enable more businesses to use formal, affordable, and convenient channels for trade payments and collections.

IBS Intelligence reported that MFS Africa had raised US$100 million through an equity and debt financing round.