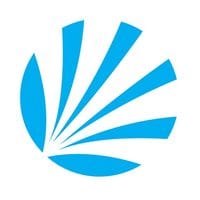 LuLu Financial Services, a financial services provider in The Philippines, has been granted approval from the central bank i.e. Bangko Sentral Ng Pilipinas (BSP) and Bureau of Customs, to conduct cross-border physical transfer of foreign currencies in the Philippines.

The approval is an upgrade to the company’s existing license which allowed it to ship banknotes to countries abroad, especially those in the GCC, in APAC Region and the Indian subcontinent.

Lulu Financial Services, which is majorly owned by the Abu Dhabi-based Lulu Financial Holdings, started operations in the country in 2015, and has since grown into one of the biggest service providers in Asia Pacific.

Talking about the development, Mr. Adeeb Ahamed, Managing Director of LuLu Financial Holdings, said, “The APAC region is a hub of global financial services, and the import-export license allows us to play a more proactive role in the wholesale banknotes sector, keeping Philippines as a regional hub. Backed by our global presence in 11 countries, we are confident that Lulu Financial Services Phils will be able to create meaningful gains to the local economy and contribute to key areas of the financial services ecosystem, to become a leading player in this sector.”

Offering a wide range of services and digital products including remittances, foreign currency exchange, e-wallet and other value-added services, the new license positions the company among an exclusive number of financial service providers in the country, who are allowed to trade in the physical import & export of foreign currencies.

Mr. Sunil Kumar, General Manager of LuLu Financial Services Phils said, “It is indeed a milestone event for Lulu Financial Services Phils, considering that we are the only non-bank financial institution allowed by the regulators to engage in the export/import of foreign currencies. MSBs, forex dealers and even banks have welcomed this development and we remain committed in our mission to deliver the highest standards of service to our regional and global partners.”

LuLu Financial Services Phils operates branches at several strategic locations in the country and is set to expand its physical and digital presence in the coming weeks, including opening new branches, and the introduction of new features related to the e-wallet on LuLu Money app.