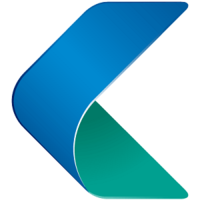 Kuwait International Bank (KIB) announced its financial results for the first six months of 2021, achieving KD 34 million of operating income, compared to KD 29 million recorded at the end of the same period last year with a growth of 16%.

The financial results highlight that KIB continues to enhance its competitive edge in the banking and financial sector, whilst seeking to maintain growth across its key financial indicators and preserving the stability of its financial returns. KIB also remains committed to strengthening its financial position as a key player in the capital markets and to developing and expanding its financing footprint on the local, regional and international level.

Accordingly, during the first half of the year, KIB reported a net profit attributable to Shareholders of KD 2.2 million compared to KD 103k in the similar period of 2020.

Commenting on the Bank’s financial results, the Bank’s Chairman, Sheikh Mohammed Jarrah Al Sabah, stated that KIB’s financial statements have shown that the Bank’s assets grew by 5% to reach almost KD 2.9 billion, comparable to KD 2.7 billion at the end of June 2020. This growth was the result of an increase in the size of the financing portfolio by almost KD 160 million to reach KD 2.1 billion, compared to KD 1.9 billion at 30 June 2020, achieving a growth of 8%.

Al-Jarrah noted that as it aims to achieve high creditworthiness, KIB continues to commit to providing high-quality, Sharia-compliant financing and financial advisory services, designed specifically to respond to the fast-paced and ever-changing needs of KIB customers. He also noted that KIB is actively striving to contribute to the sustainable growth and development of infrastructure.

Al-Jarrah further pointed to KIB’s eagerness when it comes to taking part in investment opportunities, deals and prominent financial transactions, a reflection of KIB’s growing investment banking capabilities on a local and regional level. He said “We seek to play an active role in the investment landscape and the capital market, both in Kuwait and the GCC, through the issuance of high-level sukuk, which have become an important part of the global finance market, as it offers solutions to face a range of challenges posed by the current economic situation”.

Concluding both their statements, Al-Jarrah and Bukhamseen lauded the collective efforts of KIB’s employees and praised the performance of the entirety of the Bank’s team as they continued to drive towards delivering the best-in-class banking services to customers, especially during these challenging times. They both stressed that these efforts contributed to maintaining the confidence of shareholders and customers in the Bank’s ability to achieve excellent financial results and perform its role effectively, adding: “We look forward to achieving further growth in shareholder returns in the next period, and expand our customer base by continuing to offer an exceptional banking experience to our customers.”