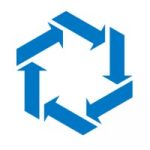 KOMOJU, the flagship payment platform from Degica, is providing a comprehensive suite of payment solutions in Asia for the territory launch of Valve’s Steam Deck, the next-gen handheld taking the gaming industry by storm.

KOMOJU, launched in 2016 by Japan-based Degica, was the first payment platform to turn on Steam in Japan and Korea. It was also the first to turn on payments for Shopify, TikTok and BTS in Japan, and thousands of others worldwide.

“The goal for KOMOJU has always been to help bring worldwide merchants to every corner of the globe,’ said Jack Momose, CEO of Degica, creators of the KOMOJU platform. “Providing multiple payment solutions to Steam Deck customers in Japan, Korea, Hong Kong, and Taiwan is a tremendous honor as we expand our relationship with Valve and pursue our global mission.”

In addition to providing KOMOJU as a payment platform for Steam in Japan and Korea, Degica has worked with dozens of game developers and hardware makers since its inception in 2005.

Last year it spun off its games publishing division into a new, independently owned company called Komodo. Komodo Plaza offers games and gaming hardware, including the Valve Index VR system, to gamers in Asia and around the world.