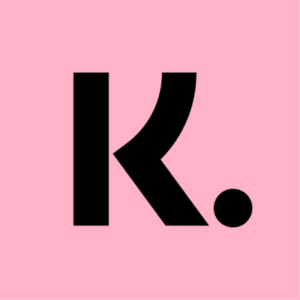 Klarna, a global retail bank, payments, and shopping service, announced the launch of its new Loyalty Card feature in the Klarna App. This allows app users to store and access their physical loyalty cards as digital versions. They can then collect all points and benefits at any merchant without needing to carry plastic equivalents while out shopping in-store. Powered by the acquisition of mobile wallet provider, Stocard, the primary consumer offering, now integrates into the Klarna App to further establish an all-in-one experience that drives convenience and value to consumers’ shopping journey. The feature supports over 8,000 loyalty reward programs worldwide, spanning everything from clothing and beauty to technology and groceries to help ensure that consumers never miss out on collecting valuable points wherever they shop.

David Fock, Chief Product Officer at Klarna, said: “At Klarna, we want to give consumers the world’s best shopping experience, no matter whether that’s online or on the high street. After the launch of our revolutionary new Virtual Shopping tool, Klarna is now delving deeper into physical retail, helping consumers save time and money everywhere they shop. By equipping users with a digital space to conveniently collect their loyalty cards, we are raising the physical shopping experience to a new level of convenience and flexibility.”

The new Loyalty Card feature in the Klarna App solves this by enabling users to store their physical loyalty cards as digital versions in one place. Now, while shopping, users can easily access any of their cards directly in the Klarna App and never miss out on loyalty points or perks again.

Björn Goss, Product Director at Klarna and Founder of Stocard, said: “Physical loyalty cards are an inconvenience in today’s digital world and are therefore often left at home, resulting in consumers missing out on deals and merchants losing a prime opportunity to reinforce brand loyalty. We all know the situation: you are offered to join an attractive loyalty program but don’t want to carry yet another plastic card around. By equipping Klarna App users with a digital space to collect their loyalty cards, we allow them to reap the rewards of their in-store purchases in a far more convenient way, helping ensure that every penny spent counts towards a return.”

IBS Intelligence reported that Klarna, a leading global retail bank, payments, and shopping service, announced that its UK customers would soon be able to build a positive credit history by using Klarna’s Buy Now Pay Later (BNPL) products. Klarna will begin reporting the use of BNPL products with the UK credit reference agencies (CRAs) to protect customers, provide the industry with greater visibility of BNPL use, and give UK consumers one less reason to use high-cost credit cards.