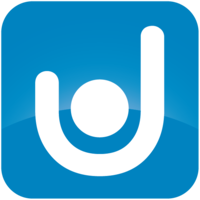 FUNDtastic, an investment platform and financial manager raised a total of US$7.7 million in a series A funding round. The funds were got from various investors, the company announced. As per media reports, the investment was led by private equity firm from Singapore, Ascent Capital Group, Indonesian tech investor, Indivara Group, and other investors.

“FUNDtastic is able to reach people who have not been reached by banking products (unbanked) to actively participate in becoming investors. A progressive step that can easily expand prospective new investors to invest,” said Muljadi Tjandra, Partner of Ascend Capital according to media reports.

Furthermore, the company’s CEO, Harry Hartono, said that the fresh funding will be used by the startup for market expansion and to develop more products for their customers and enhance customer experience. As per media reports, he went on to add that during the year 2020, the number of their users has increased almost five times to 110,000 accounts compared to 2019.

According to media reports, Franky Chandra, co-founder and CIO of FUNDtastic, attributed this increase to several factors, such as improved products and community awareness. He is optimistic that the company’s commercial growth in 2021 will be better.

FUNDtastic is privately held by PT Chandharwealth Mandiri Indonesia and has been registered with the Financial Service Authority as a financial planner. The company provides certain strategies and specific financial planning to support their user’s financial goals. Chandharwealth started the establishment with its own initial capital under the banner of Chandhar Capital Premier. When launched in 2019, FundTastic received funding from Ascend Capital from Singapore.

The Weekly Wrap: all you need to know by Friday COB | Dec 3rd