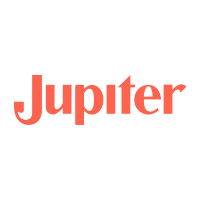 An Indian neobank for consumers founded by Jitendra Gupta, Jupiter has raised $45 million in a new financing round as the Bangalore and Mumbai-based start-up sets up its platform’s public launch in a months’ time. With the latest funding round the company’s value has risen above the $300 million mark.

The funding round was led by Brazil-based Nubank Global Founders Capital and saw the participation by Sequoia Capital and Matrix Partners and Mirae Assets Venture in addition to all existing investors, including Addition Ventures, Tanglin VC, Greyhound, 314 Capital and Beenext.

“I’m excited to welcome Nubank as Jupiter’s partner in the new banking revolution. They have scaled up so well in Brazil, and we have a lot to learn from them. We’ll take best practices from them, and work together to build an even stronger focus on customer service and products. With this partnership, we will fast forward our execution journey,” said founder Jitendra Gupta, according to media reports.

“Nubank and Jupiter share the mission of making banking the best experience possible for our customers, putting an end to all the bureaucracy and the pain in the current system,” said David Vélez, chief executive and founder of Nubank, according to media reports.

This is the first funding round for Jupiter in 2021. The company has previously raised $24 million in one of the largest seed rounds in November 2019 and followed it with another $2 million in April last year. With this, it has moped up over $71 million in total funding to date.

“We are highly impressed by Jitendra and his team and love their vision for building India’s leading digital consumer bank. India deserves a digitally native bank that offers the product experience of a consumer fintech and the product offering of a bank,” said Roel Janssen, Partner at Global Founders Capital, according to media reports.

Nexus Finance, the digital freelancer, has been launched by Aberdeen Duo