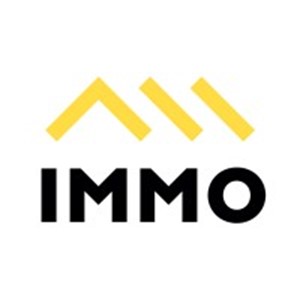 Mandali’s appointment, which will see him take up a newly created role, follows a year of rapid growth for IMMO. In April, the company raised $75m in what remains Europe’s largest-ever proptech Series B round and recently announced plans to spend £2.5b acquiring and retrofitting over 10,000 homes across the UK, Germany, Spain & the EU to rent out under IMMO’s living-as-a-service model.

IMMO, which has offices in the UK, India, Germany, and Spain, uses proprietary technology powered by artificial intelligence to identify, acquire, and refurbish existing homes before renting and managing them using IMMO’s consumer tech platform. Mandali’s appointment comes when IMMO is building out its data science and engineering teams, having grown significantly since the Series B fundraise and nearly doubled headcount to nearly 200 staff worldwide. In his new role as CTO, Mandali will also lead on ensuring consistency of standards as IMMO continues to scale its platform.

During his time at Solarisbank AG, Mandali led and managed globally distributed teams of over 350 engineers and was responsible for migrating the bank’s systems, products and databases to the cloud – making Solaris the first to do so in Germany. Between 2008 and 2019, Mandali spent 12 years at CapitalOne, an American bank where he most recently held the role of Director of Software Engineering.

Hima Mandali, Chief Technology Officer at IMMO, said: “As Europe’s leading technology-led residential real estate investment platform, IMMO benefits from an early-mover advantage in a sector that is attracting an ever-growing weight of capital. I believe the company has the potential to be Europe’s first proptech unicorn and will help unlock the world’s largest asset class – residential real estate – while also delivering positive environmental and social outcomes by providing sustainable, better-quality rental housing.

Key to my role will be helping the company to scale, innovate while maintaining standards following the Series B fundraise and instilling a ‘platform-over-product’ mindset that sees our technical teams thinking how to not just solve one particular pain point but how to modernise housing markets to the benefit of consumers.”

Avinav Nigam, Co-founder and Chief Operating Officer at IMMO, said: “Hima’s appointment as chief technology officer is a testament to the quality of talent we have been able to attract at IMMO at all levels, having grown the team significantly since our landmark Series B fundraise. This is a crucial time for the business as we look to grow and scale our platform, and having the right people is just as critical as having the right data and technology.”

Hans-Christian Zappel, Co-founder and Chief Executive Officer at IMMO, said: “The rental housing model has barely changed in a century and is in urgent need of disruption. I’m incredibly excited to welcome Hima’s breadth of knowledge and expertise. His unique experience in building high-performing technology teams at highly regulated fintech firms will allow us to simultaneously push the envelope on innovation in real estate while delivering impactful, tech-enabled investment models whose robustness meets the needs of some of the most established institutional investors in the world.”

NYSE and TSE collaborate to support cross-border investment between the U.S. and Japan