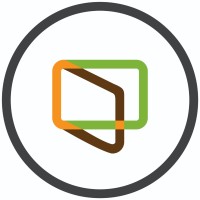 ImaliPay, a Pan-African FinTech start-up pioneer in empowering the gig economy through its one-stop-shop financial services platform, has closed a $3 million seed funding round. Launched in late 2020 in Nigeria, ImaliPay was birthed when Tatenda Furusa (Co-founder) observed pains e-ride hailing drivers experienced around access to working capital or savings for emergencies initially in Nairobi. Upon investigation, it unearthed a wider problem of gig workers being underbanked and neglected by their existing traditional financial institutions. Few institutions or none in some markets provided solutions that empowered their gig.

Their pilot in Nigeria further verified this, and they interestingly found that okada riders on Safeboda were using our services despite having existing accounts with some of Nigeria’s oldest banks. ImaliPay serves to fill that gap and is now expanded and currently operational in Kenya and South Africa to financially empower millions of gig economy workers across Africa. According to Mastercard Foundation, the African gig economy is expected to have over 80 million workers by 2030.

Stew Glynn, Co-founder & Managing Partner at Ten13, says, “Fuelling disruptive start-ups and building ecosystems is the heartbeat of our investment model at Ten13, we’re excited to follow on and be part of ImaliPay’s journey as they re-shape the future of financial services for the African gig economy.”

ImaliPay offers financial services as a “one-stop-shop” via a single channel such as API and APP for gig economy workers and gig economy platforms to power their gigs and create a safety net around their work. These tailored financial services include: Buy Now, Pay Later, Insurance (Health and Income Protection Loss), and Savings.

The raise caps an eventful year for the fast-growing FinTech start-up and its seasoned FinTech co-founders Oluwasanmi Akinmusire (Co-founder and COO) and Tatenda Furusa (Co-founder and CEO) who met whilst working at Cellulant and right after received funding from Google Black Founders Fund in October to closing this seed round with reputable VCs and Angels.

Their traction has been impressive with 200k+ transactions, 60X growth in the number of users and 4,500 vendor points and growing.

“Our drive to start and keep ImaliPay soaring is firmly rooted in the impact we would like to make in fostering financial security in the gig economy, serving the underbanked and walking them through a tailored journey of financial inclusion. Having strong partners and investors around the table is a show of good faith that we are building key services for the future of work,” says Tatenda Furusa, Co-founder and CEO at ImaliPay.

Some of ImaliPay’s key partners include Bolt, Glovo, SWVL, Amitruck, Safeboda, Gokada, Max.ng, to name a few. They also collaborate with some of Africa’s largest licensed payment providers such as Flutterwave, Paystack and Cellulant and open banking partnerships such as Stitch, Mono and PngMe. They leverage Smile Identity for KYC as well. On the merchant side, some partners include Lami, Britam, Sanlam, Mycover genius, Cowrywise, Cornerstone, Ola Energy, Total Energies, Ti-Auto Corporation, and HiFI Corporation, form a portion of the ImaliPay partner ecosystem.

ImaliPay is playing in a space that has increasingly seen gig economy FinTechs and neobanks emerge in other regions, including Lana, Heru and Bankuish in Latam, Friz in South East Asia, and Oxygen Bank in the US, to name a few.