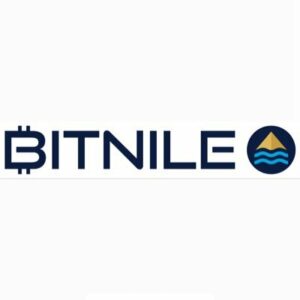 BitNile Holdings, Inc, a diversified holding company, recently announced that it has entered into a share exchange agreement that will, upon closing, combine Giga-tronics Incorporated, a manufacturer of specialized electronics equipment, and Gresham Worldwide, Inc., the global defence segment of BitNile. GIGA is a leading producer of sophisticated RADAR and electronic warfare threat emulation systems and ultra-reliable RF filters, whereas GWW is a global provider of proprietary, purpose-built electronic solutions to militaries and leading defence companies around the world in the areas of RF devices, power electronics, automated test, and missile launch systems. Upon closing of the Agreement, the combined entity will continue as a standalone publicly-traded company, approximately 68% of which will be indirectly owned by BitNile.

The companies expect the transaction to generate synergies that will enable the combined entity to significantly enhance their position in the rapidly growing market for electronic warfare and RF solutions, driven by a heightened global awareness of the importance of electromagnetic spectrum superiority. The combined entity will have over 60 global defence industry customers, combined revenues of approximately $40 million and operations spanning the globe.

At the closing of the Agreement, GIGA will acquire GWW from BitNile in exchange for shares of GIGA common and preferred stock, BitNile will loan GIGA $4.25 million, and GIGA will repurchase or redeem its currently outstanding shares of preferred stock. Current outstanding shares of GIGA common stock will remain outstanding. The transactions are subject to GIGA’s shareholders’ approval and other customary conditions. The parties expect GIGA to complete the acquisition of GWW during the first quarter of 2022. After the combination, GIGA will be a majority-owned subsidiary of Ault Alliance.

“GWW aims to drive growth, both organically and through strategic combinations with similar providers of bespoke technology solutions for defense customers,” commented Jonathan R. Read, Chief Executive Officer of GWW. “Joining with GIGA, a well-established leader in key technologies for defense applications, enables GWW to better serve customers in our core markets and unlock synergies across our operating subsidiaries. This combination expands GWW’s presence in the US defense market by adding strong management, innovative technology, and more engineering resources to benefit investors, customers, and employees alike. We also gain access to the public capital markets that will allow for more creative growth strategies.”

BitNile previously announced a plan to split into two public companies by distributing the equity of Ault Alliance to its stockholders. Following the spin-off of Ault Alliance, the Company, through its BitNile, Inc. subsidiary, will be a pure-play provider of Bitcoin mining and data center operations, pursuing DeFi-related initiatives. Ault Alliance will maintain its focus on the Company’s legacy businesses and more recently initiated operations, including lending and investing in the real estate and distressed asset spaces as well as, among others, defense, and power solutions, including electric vehicle charging products.

BitNile’s Founder and Executive Chairman, Milton “Todd” Ault, III, stated, “This transaction validates our strategy of investing to acquire and strengthen quality companies that build value for BitNile shareholders.” He added, “We remain optimistic on the prospects for the combined company.”

7 Companies that made lending easy in 2021