Getsafe announced its launch in Austria 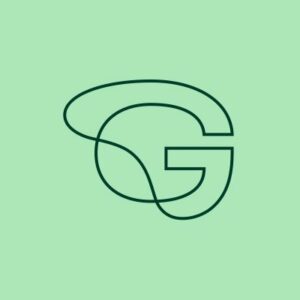 Digital insurer Getsafe is launching three new products in Austria. Customers can take out liability, household, and dog owner liability insurance, and Getsafe used its insurance license for the expansion for the first time.

CEO and Founder Christian Wiens said: “Thanks to our platform, we can enter a new market within a few months it only took us eight weeks to launch in Austria. I am proud of the entire team. For Getsafe, this proves the power of our technology, and it is a blueprint for further market entries.”

Customers in Austria benefit from an end-to-end digital insurance experience, allowing them to change their coverage in real-time with just a few clicks. They can even file claims and track the status of their claims via a smartphone app. In this way, Getsafe not only makes insurance digital and paperless but instead pursues a mobile-first approach to insurance in general. Getsafe developed the products based on the needs identified by Austrians. In addition to personal conversations and surveys, direct feedback from the app was also incorporated into the product.

Christian Wiens says: “Today, Getsafe is already the best-rated insurance app in Germany for digitally savvy people. Now we want to repeat this success in other European countries.” In the future, Getsafe wants to be the app to go-to for all things regarding personal insurance.

The pandemic, volatile financial markets and inflation, and the dramatic geopolitical situation have increased people’s need for protection and provision, especially through digital channels. There is another peculiarity for young people belonging to the millennial generation and Gen Z: they have realised that they should take financial precautions and not just rely on state protection. At the same time, the financial crisis and scandals such as the Wirecard affair have damaged these people’s trust in banks and traditional insurers.

In the coming months, the company will be working on further products for the German market and the target markets of France and Italy, for which Getsafe applied for licenses from the German Federal Financial Supervisory Authority (BaFin) in March of this year. Getsafe also plans to operate as an insurer in these markets, starting with simple property and casualty insurance products such as home insurance.

Getsafe has been working with partners to offer products in employment protection and health insurance. Christian Wiens explains, “Neobanks and neobrokers offer contemporary apps for mobile banking transactions and stock trading. They are part of the solution but not enough to adequately protect young people, in particular, against old-age poverty and other risks. We see daily that insurers continue to play a major role here. This makes us confident that we can build a strong life and health insurer in Europe.”

Ascend and The AC partner to streamline the insurance payments process