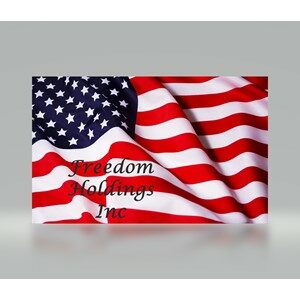 Freedom Holdings, Inc. recently announced that on December 30, 2021, it closed the acquisition of Carbon Zero Asset Management, Inc. for a stock-for-stock exchange. The Company will issue 311,672,730 par value $0.0001 of its common stock in exchange for 100% equity interest in Carbon-Zero, which will become its wholly-owned subsidiary.

Carbon-Zero is a privately-owned FinTech company driven by Ethereum based blockchain technology to the carbon credit markets using fungible tokens and smart contracts. Carbon-Zero aims to bring carbon credits more fidelity, transparency, accessibility, liquidity, and standardization. Carbon-Zero is building a programmable carbon ecosystem that will allow carbon credit market participants a tokenization process to digitize carbon credits securely. The ecosystem will include the minting and burning protocols, a transparent mechanism for validating and distributing tokens, a trading venue for tokens, and tools to engage all stakeholders, including the carbon credit originators, offsetters, project verifiers, liquidity providers, NGOs, concerned citizens, and governments.

Mr. Steve Lowe, Executive Director, Carbon-Zero, has more than 25 years of experience in the Global Finance and Commodity Industries. He has experience as a senior executive, general management, and a serving Board member, including Chairing a publicly listed company, Carbon Conscience. Lowe said, “To avoid catastrophic climate change, we need to reduce or offset our current and previous emissions from the atmosphere.” He further added, “The main challenges of current compliance and voluntary carbon credit trading systems are fragmented implementations, lack of transparency in verifying good quality carbon credits, resulting in considerable transaction costs that transfer value to speculators and intermediaries. Only 12 billion tonnes of pollutants were offset, out of 55 billion tonnes meeting approximately 22% of the demand. Of that 12 billion tonnes, the voluntary carbon credits contributed a fractional offset. As a result, we believe, the demand for carbon credit will grow by a double-digit factor in the next five to ten years.”

“This is a seismic shift for our company and our shareholders,” quoted Brian Blum, Director of FHLD. “I want to thank all involved for driving this dream to fruition. We are committed to executing on plan and growing our Company, which will include development intellectual property in future-proof technologies, provide topline growth, and ultimately enhancing shareholder value.”

Recently, IBS Intelligence reported that Freedom Holdings, Inc. announced that on December 31, 2021, the company appointed Ms. Sachie McQueen to the Board of Directors.