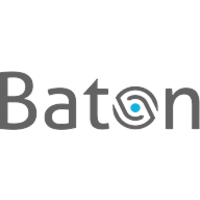 Baton Systems, the market solution transforming asset movements and settlements, has announced that William (Bill) Coen, former Secretary General of the Basel Committee on Banking Supervision, has joined the firm as a Senior Advisor.

Coen’s deep and comprehensive understanding of prudential standards were developed over a 35-year career in financial regulation, which included serving with the Board of Governors of the Federal Reserve System and a 20-year tenure at the Bank for International Settlements (BIS) in Basel, Switzerland. While serving as Secretary General and Chairman of the Basel Committee’s Policy Development Group, Coen spearheaded the Basel III post-crisis reforms.

The secure Baton network is now being used by a number of large financial institutions (including G-SIBs) to facilitate the movement of billions of dollars of cash and securities on a daily basis. Coen’s experience will support the company’s accelerated growth plans and the delivery of robust, zero-friction processes across additional payment and settlement workflows.

Commenting on his appointment at Baton, William Coen said: “I’m really pleased to be on-board. Baton’s innovative application of DLT is proving transformational. As a former regulator, it is pleasing to see this secure technology enable banks to reduce settlement risk, while increasing transparency and auditability. I’ve spent the vast proportion of my career developing prudential standards, it’s great to now be involved with a company that is enabling all firms to safely settle their FX trades.”

“I’m delighted to welcome Bill to Baton, his familiarity with the regulatory requirements impacting risk management, capital adequacy and funding regulations is second to none. Being at the helm of a rapidly maturing business that is serving clients challenged by these very requirements, in an environment with increasing FX trading volumes and unrelenting cost constraints, Bill’s counsel has already proved invaluable as we embark on the next stage of our journey,” added, Arjun Jayaram, CEO and Founder of Baton Systems.

Coen’s appointment to the Baton Senior Advisory Board adds to an impressive line-up of industry leaders following the recent appointments of former CFTC chairman, Christopher Giancarlo, and Citi’s former Global Head of Futures, OTC Clearing, and FX Prime Brokerage, Jerome Kemp, in the past ten months.

Founded in 2016 by Silicon Valley technologists and capital market specialists, the Baton platform has been deployed by several of the world’s largest global financial institutions, connecting them to custodians and nostro providers and the world’s biggest CCPs. Baton now facilitates the movement of billions of dollars of cash and securities every day.

DocFox partners with ModusBox for Community Banks and Credit Unions