Curve launches its financial app in the US 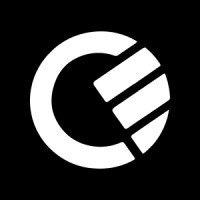 Curve, the financial app which empowers customers to understand and master their finances by combining all debit, credit, and loyalty cards into one, recently announced its launch in the United States.

Curve is now available to download for U.S. customers, who can make use of the firm’s core benefits, including the ability to access all of their cards through one smart card, earn personalised cashback and stack rewards, go back in time to move past payments from one card to another, access leading FX rates without fees and more.

The Company has grown exponentially since its launch in 2018 and is already live in 31 markets worldwide. The company has expanded to support over three million customers and gained a loyal following thanks to its unique offering and products to empower customers to enhance their finances.

Unlike digital challenger banks, which offer checking accounts via an app, Curve combines all of a customer’s existing bank accounts and cards into one card and one platform.

US customers will also access Curve’s latest feature, Curve Credit. As an alternative to Buy Now Pay Later, Curve Credit enables customers to make purchases directly using a credit line, either paid-in-full at a later date or through a payment plan.

Curve Instalments will be added to Curve US in the coming months and enable customers to spread out the costs of any purchase made over three, six, nine, or 12 months.

Shachar Bialick, Founder and CEO of Curve, comments: “Curve is evolving and to launch in the U.S. is an incredibly exciting milestone for us. Americans hold four debit and credit cards on average, which we aim to simplify down to one card and one app to put people in better control of their money. It’s also a challenging time for consumer finances in the U.S. Inflation is at an all time high and rate hikes are on the horizon. By empowering U.S. customers with their finances, we hope to help more people towards a better financial future.”

valU partners with noon.com to provide BNPL services to customers