The addition of Google Pay will likely boost mobile payments across Europe. In France and Germany, for example, most of the major banks don’t support Google Pay, so customers of these banks who own a Curve card may shop contactless for the first time by adding their Curve card to Google Pay.

Curve CEO, Shachar Bialick, said: “I’m excited about giving Curve customers across Europe even more power at their fingertips with the addition of Google Pay to the Curve Platform. Millions of people now have radically easier and simpler access to finance, something we at Curve believe strongly should be made available to all.”

Curve Head of Product, Aimee Ruddy, said: “Google Pay on Curve unlocks contactless payments for people whose traditional bank cards are not equipped with Near Field Communication (NFC) technology. What we’re finding in the current Covid climate is that consumers want to minimise physical contact when they make a payment. By loading their cards onto Curve, all their cards instantly become contactless. By adding their Curve card to Google Pay, customers can easily pay with their phone in stores or through ecommerce sites without ever having to dig through their wallet again.”

The platform is also rolling out compatibility with a range of other devices. For the first time, customers can use their Garmin Fitbit and Wena watches to pay using Curve. 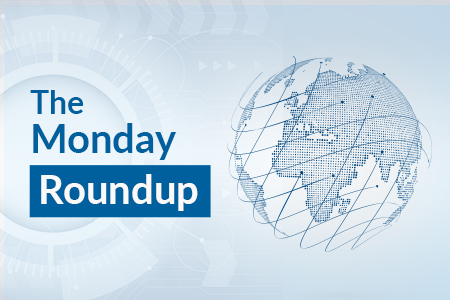 The Monday Roundup: what we are watching this week | June 27th