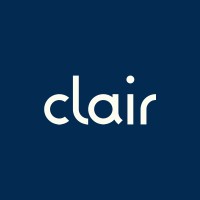 Clair, a New York-based financial technology company, recently announced the promotion of its Head of Growth, Lance Katigbak, to Chief Revenue Officer. The promotion follows recent announcements of new partnership deals with several leading HR tech companies, including When I Work and Workwell.

“I am very excited to welcome Lance to the company’s executive team,” shared Nico Simko, CEO and Co-Founder of Clair. “He’s a well-respected leader throughout Clair who has been integral not only to driving the successes and growth of the company, but also in positively shaping our culture.”

Katigbak joined the company as its Chief of Staff and first full-time employee before eventually transitioning into the Head of Growth role. He has since built and currently leads the company’s go-to-market and distribution strategy, overseeing Clair’s Strategic Alliances, Marketing, Partner Success, and Commercial functions. Under his leadership, the company has signed partnerships with HR technology platforms with over 5 million end-users in a little over two years.

“I’m looking forward to continuing on this journey and playing a bigger role within the Clair leadership,” shared Katigbak. “We’ve built so much momentum in the last two years because we’ve always done what’s best for the American workforce, which also happens to be what’s good for the HR technology platforms that serve them.”

Since its founding in 2019, Clair has become the leading player in the on-demand pay space offering a complete digital banking experience. The company differentiates itself from competitors as a social impact FinTech committed to never charging America’s workforce any fees for wage advances. In addition, Clair On-Demand Pay is a service that Clair provides exclusively to HR tech companies, thus reaching millions of workers across the country.