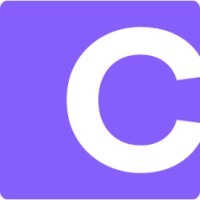 Casa, creator of the world’s simplest and safest way to store bitcoin, today announces a new public API which will power a new generation of Bitcoin-enabled financial services by enabling any business to integrate multisignature (multisig) wallets within their financial products and services.

Casa API is the first simple way for users to authenticate with their wallet in third party services while maintaining control of the keys. The API unlocks a wide range of capabilities, including confirming financial information for situations including loan approval, seamlessly managing retirement investments, and automatically depositing Bitcoin to their Casa account. Launch partners include Swan, which will enable automated “Deposit to Casa” functionality; Choice IRA, enabling users to display their self-directed IRA Bitcoin assets live within the Choice dashboard; and Hoseki, which will connect to the Casa wallet to provide proof of funds for traditional lenders.

Each of the new services will be protected by Casa’s multisig technology, which helps users safeguard their bitcoin keys by ensuring that security is simple and usable for all.

“Bitcoin and traditional financial services have a shared destiny: they are increasingly converging, and we’re seeing hugely increased demand for solutions that tie the two ecosystems together,” said Casa cofounder and CEO Nick Neuman. “At Casa, we’ve always believed private key technology is about much more than just protecting your bitcoin; it should be the way you secure anything that’s valuable and sensitive — from your money to your digital identity.”

Neuman continued, “That’s why we created Casa API, which makes it easy for trusted organizations to start integrating with Casa customers’ wallets – all while the customer continues to hold the keys. We’re launching with three incredible new use cases, but we’re just scratching the surface of what will be possible to build on top of Casa’s security offering. We’re so excited to see the creativity from the developer community as they build on Bitcoin with the help of Casa’s private key management tools.”

“Bitcoin was designed so users could hold the keys to their financial future, and Choice and Casa have worked hand in hand for the last two years, making that vision a reality,” Ryan Radloff, CEO at Choice, said. “With the launch of the Casa API, we will be able to go the next step and give our customers even more visibility into the bitcoin they hold as part of their long-term financial plan. We’re excited to leverage the API to make the process seamless, from generating a new keyset to viewing your multi-sig wallet balance in real-time, from within your retirement account – this will be a bold leap forward for managing bitcoin as part of your long-term portfolio.”

Sam Abbassi, CEO of Hoseki, said, “Casa understands that complexity is the enemy of security better than anyone, and their team has shown the world that secure bitcoin storage is simple and usable for anyone. Hoseki is excited for the Casa API launch to jumpstart a new generation of secure bitcoin-native financial services that will build a much stronger and much more robust bitcoin economy.”

The new API comes while Casa announces it has raised $21 million in Series A fundraising as new and existing investors look to capitalise on the boom in Bitcoin self-custody.

Casa’s valuation is a testament to growing awareness of self-custody as new and existing Bitcoiners look to secure their investment from cybercriminals, accidental loss, and inheritance issues. Casa uses industry-leading multisig security technology to make it easy for anyone to protect their bitcoin without worrying about theft or accidents.

Casa will use the new investment and partnerships to develop its core offering, including customer-requested financial services such as borrowing and lending. However, the company’s core focus will remain on helping as many individuals as possible to hold their private keys and to protect the digital assets — including money, digital identity, and other high-value data — that matter most to them.

“Our investors will play a crucial role in driving the global self-sovereignty revolution in the years to come, ensuring we continue to drive the industry forward by delivering new solutions — like Casa API — that add to the richness, utility and, above all, security of Bitcoin,” said Neuman. “Our partners’ strong consumer product experience and distribution advantages will be key to our mission of empowering individuals to secure their digital sovereignty.”