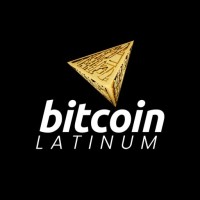 Bitcoin Latinum, the next generation, insured asset-backed cryptocurrency, recently announced an exclusive partnership with OSO ATMs, one of the biggest ATM providers, to help install 100,000 Bitcoin Latinum ATMs across all fifty states in the United States.

Developed by Monsoon Blockchain Corporation on behalf of Bitcoin Latinum Foundation, LTNM is a greener, faster, and more secure version of Bitcoin, capable of managing massive crypto transactions while being highly efficient in terms of cost and scalability. As part of its plan towards crypto-adoption, the company has partnered up with various trading platforms to list its native LTNM token for trading.

Partnering with a full-service ATM company, OSO ATMs, sets a new journey for the company to further span its vision of making crypto easily accessible for everyone. Besides, it’ll help the cryptocurrency to further span its customer reach. As part of the partnership, OSO ATM will help Bitcoin Latinum install 100,000 ATMs across all 50 US states, where users can easily buy LTNM tokens by using their fiat currencies.

Commenting on the partnership, Donald Basile, the founder of Bitcoin Latinum, said in an interview, “OSO is aiming to install 25,000 ATMs by the end of January 2022. This partnership will allow the users of different states of the U.S to buy or cash out Bitcoin Latinum and Bitcoin, which will further help in the mass adoption of Bitcoin Latinum.”

OSO ATM is an Arizona-based ATM company providing different ATM services including ATM processing, customized ATM branding, ATM Equipment sales, etc., to customers in all 50 states of the United States. Additionally, the ATM provider offers Bitcoin Kiosk machines. However, with this exclusive partnership of 5 years, OSO ATMs will help install 60,000 LTNM ATMs throughout these 5 years. The company has aimed to install a minimum of 8,000 ATMs by the end of 2022 across different states in the US.

Arikat, Chief Operating Officer at OSO ATM-Nationwide ATM Company, shared his views on the partnership and said, “The operation of crypto ATMs is picking up pace in other parts of the world as well. In El Salvador for instance, Bitcoin ATMs allow people to transact in the crypto token or convert it to fiat. Bitcoin Latinum aims to bring the ease of using cryptocurrencies in the United States, and we are extremely proud to be a part of their journey to take cryptocurrencies to the mainstream audience.”

Mastercard and LEAF to improve financial access for farmers in India

9 FinTech tweets you should see!

Liminal introduces the first-ever ‘Hot Wallet as a Service’