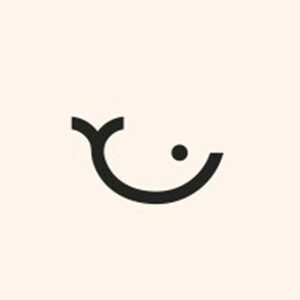 Atlantic Money announced that it received approval to operate as a payment institution by the National Bank of Belgium (NBB), the first company to have done so within a year. The licence enables the business to operate in Europe, with access to all 30 EU and EEA member states. Atlantic Money plans to launch gradually across the EU, starting with Belgium, Germany, and Austria.

The announcement precedes an expected launch in Europe later this summer, meaning that EU residents can send money to major currency corridors via Atlantic Money’s App. While Atlantic Money is thus officially announcing its activities in the EU, the company has started onboarding UK-based customers last week who signed up to access the service early since the business came out of stealth in March.

Neeraj Baid, Co-Founder of Atlantic Money, said: “In addition to our European licence, we also started rolling out our product to the customers in the UK who signed up for early access. We have been speaking to these early adopters for the last couple of months to ensure our product is 100% focused on resolving their specific pain points. Encouraged by feedback from our customers, we are excited to launch what we believe to be the best money transfer system on the market for frequent, higher value senders in the EU.”

The company has raised $4.5 million in seed funding from investors, including Index Ventures, Ribbit & Kleiner Perkins, is building a global money transfer business that challenges incumbents like Wise, Revolut, and PayPal. Atlantic Money is the only international money transfer provider to offer a flat fixed fee of £3 for transfers up to £1,000,000 at the interbank mid-market exchange rate (0% FX commission).

Co-founders Patrick Kavanagh and Neeraj Baid, who were early employees at trading giant Robinhood, launched the business after noticing a divergence in global FX between retail & institutional transfer costs. Whilst large financial institutions move unlimited money around the world at effectively zero cost, securing the live exchange rate by working directly with one another, retail customers are still being charged progressive fees & unjustifiable exchange rates by the most ‘cost-effective’ providers getting a worse deal when they send more money.

Patrick Kavanagh, Co-Founder of Atlantic Money, said: “We are delighted to receive our licence in Europe so soon after receiving our FCA licence in the UK. Combined, the UK & Europe constitute the largest currency corridor in the world, and we are excited to have the opportunity to launch our service across Europe. We are committed to offering customers unbeatable costs on larger transfers vs all other providers, saving them millions every year as they send money across the globe with one simple £3 flat fee and zero percent FX mark-up.”

The Bank of London announced a partnership with SAP Fioneer