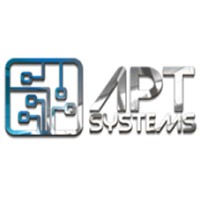 APT Systems, Inc., a software development and FinTech company, announced it had deployed its Spera stablecoin onto the Testnet as part of its internal testing and quality assurance prior to the release of Spera onto the MainNet for distribution.

“Releasing our Spera stablecoin onto the Testnet represents a major milestone in our development efforts,” says Glenda Dowie, Founder and Chief Executive Officer of APT Systems, Inc. “During this testing phase we perform a final quality assurance pass prior to bringing in third parties for independent security verification.”

Testnet is an alternative blockchain used for validating cryptocoin functionality, and Testnet coins are distinctively different from actual coins as they have no value. But their performance can be measured and evaluated prior to the release of cryptocoins to the MainNet, where actual transactions take place in the distributed ledger, and the cryptocurrency possesses real economic value.

Spera is a true stablecoin, which means that an actual currency or commodity backs its market value. In Spera’s case, its one-dollar value is supported by a combination of US dollars and gold. APT Systems is also developing a wallet to hold Spera that will work seamlessly with its Verifundr digital escrow application. Verifundr uses smart contracts to serve as a neutral third party to ensure funds are duly released upon both member parties fulfilling their contractual obligations.

The blockchain-supported architecture of Verifundr makes it ideally suited for escrow transactions, while Spera provides users with protection from volatility through the use of a stablecoin.

“All of us at APT Systems—including our development team—are thrilled to see Spera functioning on the Testnet,” Dowie says. “We are looking forward to completing our QA and validation work and then releasing Spera onto the MainNet.”

Recently, IBS Intelligence reported that APT Systems, Inc., a software development and FinTech company, announced that it will move gold operations directly under APT which was further facilitated by the sale of its subsidiary, AUREX Trading and Recovery.

9 FinTech tweets you should see!

Liminal introduces the first-ever ‘Hot Wallet as a Service’