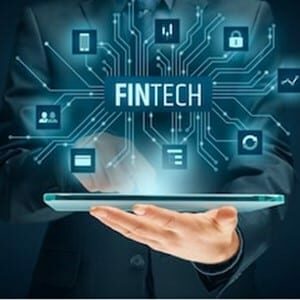 FinTech refers to software and other modern technologies used by businesses that provide automated and improved financial services. FinTech in our daily life is Mobile Payment apps, Cryptocurrency and Blockchain like Bitcoin and Gemini. In the future, the range of FinTech services is predicted to transform the market even more with AI and machine learning and will make FinTech products an integral part of our digitalized life.

Germany currently has around 700 active startups in the FinTech sector. Surprisingly, only 11% of these startups are located in Frankfurt, Germany’s financial hub, while 38% are in Berlin. The German FinTech sector is also a driver of digitalization and is heavily investing in future technologies. Artificial intelligence and blockchain solutions, in particular, are being used much more frequently in this sector. Germany’s FinTech sector is geared to become number one in Europe. It is thus also an attractive destination for foreign founders seeking to capture the European market.

The following are the 4 German FinTech companies dominating the European market:

Founders Max and Valentin started N26 in 2013 to set new standards in an industry that’s remained institutional and dysfunctional for many years. Their vision was to transform the way money is managed with the latest technology and the best minds from around the globe to change banking for the better. N26 has grown to over 1,500 people of 80 nationalities, with teams in Berlin, Barcelona, Madrid, Milan, Paris, Vienna, New York and São Paulo.

IBS Intelligence reported that N26 announced the launch of N26 Insurance in a bid to offer its customer the option to purchase coverage, manage plans and initiate claims for a range of insurance within the app. The mobile bank has partnered with Simplesurance, enabling customers to select plans straight from the app, with the option to purchase an annual cover or monthly plans with a flexible cancellation policy.

Mambu started with the ambition to bring banking and financial services technology into the digital-first world and to make it accessible for all. Mambu began servicing microfinance institutions and FinTech startups, and within two years, their engine was adopted by 100 microfinance organizations in 26 countries worldwide. Mambu aims to provide a platform for anyone who wants to create better financial experiences, working across various domains from personal lending, business lending, mortgages, trade finance, digital wallets, currents accounts and many more.

Recently, IBS Intelligence reported that Cake digital bank had selected the market-leading SaaS cloud banking platform Mambu as it looks to scale its business towards offering a full suite of digital banking services. Launched in January 2021, Cake collaborates with Be Group, the organization behind Vietnam’s ‘Be’ ride-hailing app and VP Bank, one of Vietnam’s leading banks.

The Banking-as-a-Service platform was built from scratch to enable financial services to move into new, previously unimaginable contexts. A tech company with a full German banking license, Solaris Bank are optimally positioned to handle the regulatory and technological complexities. Solarisbank is a multidisciplinary team of engineers, entrepreneurs and seasoned banking experts from over 60 different nations.

IBS Intelligence reported that Solarisbank AG, the tech company with a banking license, announced that it has launched in France, Italy and Spain to offer local IBANs. In addition to covering the entire European Economic Area (EEA) via passporting, this step now provides Solarisbank’s partner’s uninhibited access to the local financial ecosystems of Europe’s four largest markets.

Founded in 1973, Raisin Bank has decades of experience behind it as a renowned German credit institution. The bank combines vision and expert advice with efficient solutions, especially in processing loan portfolios and accounts receivable from carefully selected borrowers. In 2005 the bank, then called MHB-Bank AG, became a subsidiary of the American investment firm Lone Star, focusing on managing loan portfolios. The bank has been fully owned by Raisin DS GmbH since April 2019 and has operated under the name of Raisin Bank AG since August 2019.

IBS intelligence reported that FinTech companies Deposit Solutions and Raisin had announced the completion of their merger. The two companies are forming Raisin DS, a savings and investment solutions provider, servicing banks and consumers on both sides of the Atlantic.