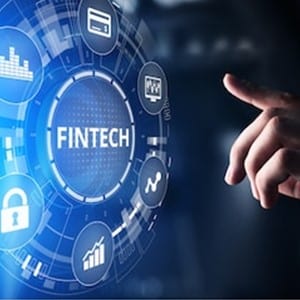 FinTech companies in China serve as a support layer in the financial service industry by making use of new technologies, such as AI, blockchain, cloud computing, big data (ABCD), and Internet of Things (IoT). Over the past few years, China has been a frontrunner in the FinTech industry.

The FinTech boom in the country has been largely driven by the absence of strong traditional banking services, the unfulfilled financial needs of ordinary people and small and micro enterprises, and the huge number of Chinese citizens who use the internet.

Ant Financial: Ant Financial Services Group is affiliated with the Chinese e-commerce giant Alibaba Group. It is among the highest-valued FinTech companies in the world. The FinTech company uses technologies including blockchain, artificial intelligence (AI), security, Internet-of-Things (IoT) and computing, to provide financial services to multitudes and most particularly the unbanked and underbanked population of China.

By the end of March 2018, according to the company together with their JV partners, Ant Financial served 870 million users worldwide. Brands under Ant Financial include Alipay, Ant Fortune, Yu’e Bao, Zhima Credit, MYbank and Ant Financial Cloud.

Ping An Technology: Ping An Technology is the main technology arm of Ping An Group. The company develops and operates platforms and services that support the insurance, banking, investment, and internet businesses of the main group.

Established in 2008, Ping An Technology has designed a cloud ecosystem in the fields of finance, healthcare, education, security, agriculture, entertainment and government. Ping An Technology was an in-house provider of information technology services to firms within the Ping An Insurance group. Lufax and One Connect are the two FinTech wings for PingAn Group. Lufax is the star incubation project for PingAn, worth over CNY 270 billion.

Tencent: Broadly considered to be the arch-rivals to the Alibaba Group and its branch company Ant Financial, Tencent’s track record in the FinTech industry is certainly one to reckon with.

Among the company’s list of accolades is the launching of China’s first online-only bank WeBank which offers wealth management and financing services. In November 2018, according to the company, WeBank hit a valuation of US$21 billion. Its well-known apps include WeChat Pay which is a direct competition to Alibaba’s Alipay.

Paymob and X-ERA partner to digitise B2B payments in Egypt