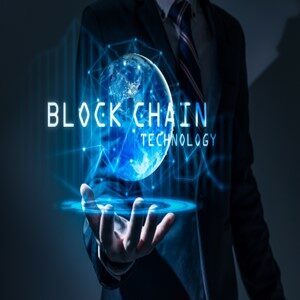 Blockchain technology, touted as the most significant development since the advent of the Internet, is the latest buzzword in the financial services industry. This technology is believed to have potential in many applications, from healthcare, energy management and the Internet of Things (IoT) to digital governance. However, blockchain technology is expected to significantly impact the financial service industry and change the way institutions such as banks and insurance companies operate.

Blockchain technology (also known as distributed ledger technology) is a shared, incorruptible digital ledger that maintains a record of transactions occurring across a peer-to-peer network, either public or private. The technology records transactions in blocks in chronological order, storing this information at various places. These blocks cannot be modified but only appended. Hence, blockchain provides a secure and reliable way to record transactions without any trusted intermediary. This allows the technology to be used in many peer-to-peer applications even when participants may not know or trust each other.

The data records stored in these nodes are consistent with those stored on all other network nodes. Further, these records cannot be modified, making tampering with the data next to impossible. These applications include payments and money transfers, securities trading, energy trading and real estate transactions.

The following are 3 factors inhibiting the adoption of Blockchain technology:

Blockchain implementation requires high initial costs. Moreover, some blockchain networks are inefficient as network nodes perform the same task in parallel to find the solution first, incurring large running costs. Migrating existing operational processes to new ones will require running parallel infrastructure while the new system is adopted or an abrupt shift to the new system. For a smooth transition, significant effort will be required to ensure that participants can recover quickly in case of a technical failure or be able to revert to the legacy system as a fall-back.

Establishing an industry-wide blockchain requires the participating entities to share the costs. However, since entities such as banks and insurance companies vary in size and would need different customisations, sharing the costs equitably would be difficult.

Blockchain is considered a secure system to maintain records. However, there have been instances of hackers exploiting vulnerabilities in the blockchain ecosystem. The security of the blockchain is uncertain with around one-third of bitcoin trading platforms being reportedly hacked. Also, the shared nature of the distributed ledger has led to concerns over privacy and confidentiality of stored data.

Blockchain implementation requires the storage of a large amount of data. Currently, the technology is in its early phases; therefore, the amount of data generated is manageable. However, as the system scales up, it needs to be able to manage the storage and processing of data while maintaining the pace of operations. In particular, applications such as capital market systems generate enormous amounts of data, posing a challenge to the adoption of technology in these areas.