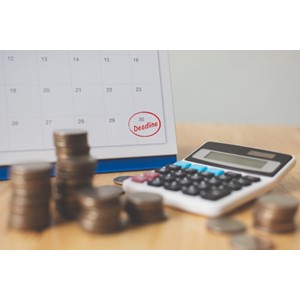 A record amount of investment poured into FinTechs in 2021, but now many companies are struggling to raise fresh funds and are forced to accept lower valuations to stay afloat.

This year has so far seen a 25% decline in funds raised by European FinTechs, as per Finch Capital. Hiring, on the other hand, is down to 50% with exits in some areas down by as much as 70%.

The economic slowdown is already impacting card incentives, adding to the pressure on FinTechs in the buy now pay later sectors, which already shares concern over run rates and potential delinquencies among borrowers in case of recession.

Here’s a look at three FinTech companies whose valuations have changed during the market volatility downturn.

Klarna, once Europe’s most valuable private tech company, was forced to slash its valuation from $46 billion in early 2021 to $6.7 billion this July in order to secure new funding.

The Swedish payments firm became one of the fastest-growing BNPL FinTechs over the past two years, marked by its expansion into the US. However, the overall economic decline hit Klarna, which raised $800 million at a valuation of about $6.5 billion. That is far below its $45.6 billion valuation in 2021.

Klarna also fired about 10% of its staff and was criticised for making the names of the fired employees public.

UK stock trading app Freetrade failed to raise the fresh investment it was seeking at a higher valuation earlier this year, leaving it to turn to current investors for funding in another sign of the crisis that is gripping start-ups. The UK broker valued at £650 million in November, raised £30 million through debt financing led by a clutch of existing investors.